Time to End Too Big to Jail 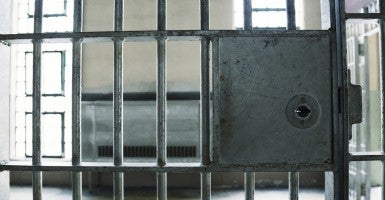 Should  an individual  be able to commit fraud and not face jail time or at least serious civil consequences?

Too often we have seen multi-billion dollar fraud at large banks or investment banks, yet the individuals who engineered the fraudulent schemes are not held accountable for their actions.

Shareholders pay huge fines, but the individuals who actually commit the fraud effectively get away with it. They personally pay nothing, bear no criminal responsibility and keep working in the securities business.

The recent Justice Department settlement with Citigroup is an example. The bank agreed to pay $7 billion, of which $4 billion was a civil money penalty. In the statement of facts, Citigroup admitted that its managers systematically falsified documents used to sell mortgage-backed bonds.

A large number of the underlying mortgages had borrowers with unreasonable stated income or credit scores below guidelines. Many of the mortgages had loan-to-property value ratios and debt-to-income ratios that exceeded underwriting guidelines, were missing documents or had inadequate documentation. Citigroup systematically lied about this in order to sell its bonds.

This type of behavior would have been fraud under the common law, long before any securities laws were passed. It is the most venal, basic type of fraud involving purposeful misrepresentation of material facts to induce investors to part with their money.

Yet the actual people who committed this fraud have, to date, paid no price. Only Citigroup’s shareholders have paid the price.

Why hasn’t the Justice Department sought to indict anyone working at Citigroup? Why hasn’t the Securities and Exchange Commission, which has broad civil enforcement authority, sought to bar the responsible individuals from the securities business or pursue them with a civil lawsuit? After all, the core purpose of securities law is to deter and punish fraud. This is a fundamental function of government.

Unfortunately, as the Citigroup case shows, regulators too often get caught up in the minutia of our absurdly complex system of financial regulation and forget that punishing fraud perpetuators, not the shareholders, is their primary purpose. This harms investors and the capital markets.

An SEC enforcement action should not be viewed merely as a cost of doing business; rather, it should cause individuals and companies—whether or not they are part of the Commission’s specific action—to seriously reflect on their own conduct.  This is particularly true in the case of recidivist violators.  If our remedial sanctions were ineffective in reforming a fraudster, then we must seriously consider removing them from the industry—permanently.  The SEC must do this to protect American investors. —They much rather have their company pay a sizable penalty to continue to do what they do, unaffected and undeterred.

Commissioner Aguilar is right. It is time something was done about it.

It is time to end “Too Big to Jail.” Working for a large bank should not be a get out of jail free card. It is time that regulators refocused their efforts on deterring and punishing fraud and barring fraudsters from the securities business. This is a much better use of regulatory resources than adding more pointless paperwork on law abiding businesses. Such an approach would discharge a core function of government, protect investors and promote capital formation.