Millennials Dropping Out of Labor Force, While More Seniors Are Working 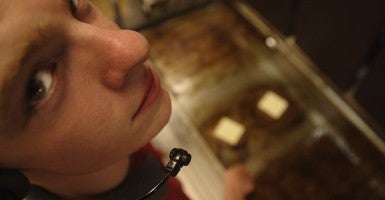 In recent years, fewer Americans have been working.

That’s the finding from new research conducted by The Heritage Foundation’s Center for Data Analysis. The new report shows there has been a shift in the composition of the labor force by age and marital status.

It’s true that there has been a recent decrease in unemployment. While that decrease is a positive sign for the economy it does not necessarily signal a full recovery, unfortunately. The unemployment rate does not account for the millions of individuals who dropped out of the labor force following the Great Recession. Individuals who have ceased looking for work are considered out of the labor force and consequently not counted as unemployed.

So who’s leaving the labor force? While previous Heritage research has shown that most of the decline in participation since 2007 is due to the weak economy, the new research confirms that young people have been steadily working less since long before the recession.

>>> Who Is Working Less? Read the full report.

We do not know why young people are working so much less. Increasing returns to education may be encouraging young adults to focus more on school rather than taking part-time jobs. Increased family wealth, a greater preference for leisure time, and evolving cultural attitudes may also be factors.

The opposite trend is present among Americans over age 60: they have steadily increased their labor force participation, probably thanks to improving health.

The analysis also shows that single adults were more likely than their married counterparts to drop out of the labor force during the Great Recession.

A robust economic recovery, which one hopes is now under way, will create opportunities and entice many back into the labor force. But the steady decline of work among young people pre-dates the recession. It will take more than a strong labor market to reverse that decline.