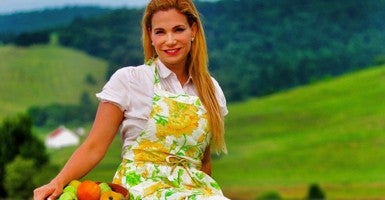 After clashing with a non-profit land trust over the terms and conditions of a conservation easement that sits on her property, Martha Boneta saw no alternative to litigation.

That’s because the Piedmont Environmental Council, which serves as a co-holder of the easement, had overstepped its authority to the point where it was trespassing across her property without any meaningful oversight, Boneta alleged in an interview with The Daily Signal.

But thanks to new legislation that Virginia Gov. Terry McAuliffe is set to sign into law, property owners can ask the Virginia Land Conservation Foundation to step in and mediate disputes with land trusts like the PEC. The idea behind conservation easement is for property owners to receive tax breaks in exchange for agreeing to set aside a portion of their property for conservation.

The Conservation Transparency Act, which has been dubbed Boneta Bill 2, passed in the General Assembly earlier this month.

“Until we had this legislation, there was no transparency, accountability or standards placed on land trusts,” said Boneta, who owns and operates Liberty Farm in Fauquier County, Va. “As a result, groups like the PEC were making decisions acting like prosecutor, judge and jury, leaving the landowner with no alternative to full blown litigation that is costly and time consuming.”

As the Daily Signal has previously reported, Boneta had accused the PEC, a non-profit group based in Warrenton, Va. of colluding with government officials to issue zoning citations against her farm.

The PEC serves as co-holder of the Boneta easement with the Virginia Outdoors Foundation, a public agency with a board of trustees that meets at least three times per year to take up easement enforcement and policy matters. The PEC details its side of the dispute in an online post available here.

“The bill creates an overarching authority, which did not exist up until now, for property owners to have their complaints heard and to enter into mediation,” Republican Delegate Brenda Pogge, the lead House sponsor, said in an interview with The Daily Signal. “But it cuts both ways. Land trusts that have complaints and concerns can also seek mediation.”

When she initially introduced The Conservation Transparency Act, Pogge encountered a lot of opposition. But she credits the state’s Department of Conservation and Recreation and her colleagues in both parties for coming together to produce a bill that attracted broad, bipartisan support.

McAuliffe has indicated that he will sign the bill into law, which would become effective on July 1. Just last year, the Democratic governor signed off on the first Boneta Bill, which protects farmers against zoning practices that were widely viewed as overly burdensome and intrusive.

“There was real need for sunlight here,” Pogge said. “We need to give an ear and an eye to what was happening. The conservation easement program was supposed to make it easier for farmers to keep their property and to receive tax breaks, but instead this turned into a situation where they could be abused and exploited.”

“My great hope is that this can keep folks out of court and that any future disputes can be resolved through mediation.”