Why It’s Better That Markets, Not the Government, Guide Energy Policy 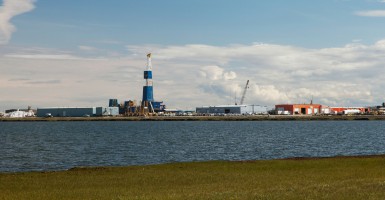 Almost every activity that improves our quality of life requires energy. We don’t question how the lights stay on, or how groceries get to the stores where we need them. But it happens.

Without a doubt, the adage, “You don’t know what ya got ’til it’s gone” applies to energy. We get upset when our power goes out for an hour and we can’t get on the Internet or watch TV. Or, much worse, we realize the importance of reliable energy when a major natural disaster hits and we can’t power our schools and hospitals, keep our food from spoiling, and heat or cool our homes.

When Hurricane Katrina hit in 2005, 2.6 million people were without power. Now multiply that by 500. That’s how many people worldwide are without access to electricity every day. These 1.3 billion people don’t know what it’s like for it to be gone because they never had it. More than 2.5 billion people use animal waste, leaves, wood, and charcoal to cook their food and heat their homes.

Granted, each country faces its own challenges in obtaining affordable, reliable energy. So the solutions aren’t tightly wrapped in a nice, neat package.

Policies that operate from the four pillars of economic freedom—rule of law, limited government, regulatory efficiency and open markets—do more than stimulate economic growth and innovation. They expand access to energy and improve the environment.

The United States has shown what can happen when you have open access to resources, private property rights, and opportunities for domestic and foreign investment. America has been blessed with an abundance of natural resources.

One of the main reasons the U.S. has become the world’s largest oil and natural gas producer is the fact that private individuals own the subsurface mineral rights. The boom in shale oil and gas production is occurring on state and privately owned lands, not on federally owned lands where there is little incentive to effectively manage energy resources.

As a result, from 2007 to 2012, oil and gas jobs grew at a rate of 40 percent while the remaining private-sector jobs grew by one percent. Falling energy prices are helping families save money. And energy-intensive companies are coming to the United States, investing billions of dollars and creating hundreds of thousands of jobs.

By contrast, in many countries, land and mineral resources are state-owned, while entire supply chains of energy production are partially or fully government-owned.

Government-controlled energy companies still respond to the profit motive because it means more money and power. However, they don’t have to make the same decisions as private companies because they face less competition and respond slowly to market forces.

Further, by using oil profits to fund other sectors of the economy, governments divert resources that otherwise would be available to invest in new energy technologies or in new areas of exploration and development. For instance, over the past several decades Venezuela has poured billions of dollars from oil profits into social and military programs, leaving the country with an outdated and inefficient energy infrastructure.

Mexico, however, has adopted a series of reforms that allow for competition with the state-owned Pemex. These reforms will open up investment and competition for oil and gas production, refineries, power plants, and pipelines and enable it to upgrade existing energy infrastructure.

Land use laws are exceedingly complex all around the world, but enforceable property rights and open markets that are free from subsidies and cronyism are essential for energy and economic development in places such as Latin America, sub-Saharan Africa and South Asia.

Energy is a key building block for economic opportunity. That’s why the policies governing its use need to be rooted in the principles of economic freedom. Governments that ignore those principles doom their citizens to lives of energy poverty.

Something to think about the next time you flip a switch or go to the grocery store.