How Many Kids Grow Up With Their Married Mom and Dad? 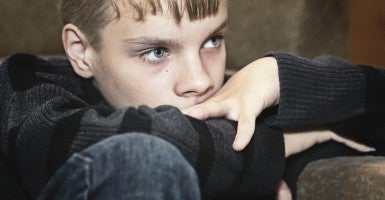 It’s not normal these days for a teen to live with their married mom and dad.

Fifty-four percent of U.S. teens 15-to-17-years-old do not live in a home with their married mother and father, according to the Fifth Annual Index of Family Belonging and Rejection released this month by the Family Research Council. Over half of American teens are about to enter adulthood without the tangible benefits of intact family life.

What are the advantages of growing up with a married mother and father? Children raised by their married parents have substantially better life outcomes compared with similar children raised in single-parent homes. The benefits are positive and measurable: higher education attainment levels, better emotional health and greater self-esteem. They even have higher regard for marriage.

Marriage also influences the economic well-being of the family. Marriage decreases the chance of childhood poverty by 82 percent. It’s not simply the combination of two incomes—research shows that married families earn more and save more.

Although there is ample evidence that married mothers and fathers play an irreplaceable role in the lives of their children, the number of children born outside marriage has been steadily rising since the 1950s. Today, over 40 percent of children are born outside of marriage. Why does family life in America continue to slip away?

Fifty years ago, the 1965 report by future Sen. Daniel Patrick Moynihan drew attention to the proportion of low-income black children born outside marriage—which was then 25 percent.

The situation is now far worse. As noted in Family Research Council’s “Report on the State of the Black Family,” released as a companion to the Index of Belonging and Rejection, only 17 percent of black children reach age 15-17 in an intact family.

Despite the importance of marriage to well-being, welfare incentives can work to undermine it. Today, if a single mother receiving public assistance earns $20,000 and marries the father of her child who makes the same amount, they stand to lose roughly $12,000 as a result of the decision. It’s time for federal policymakers to reform the welfare state and start to curb marriage penalties.

Lasting cultural changes must also come from the ground up. The Index of Family Belonging and Rejection challenges all leaders to educate the next generation about the benefits and value of marriage. Revitalizing a culture of stable, healthy marriages may be a long term effort—but the goal is possible.