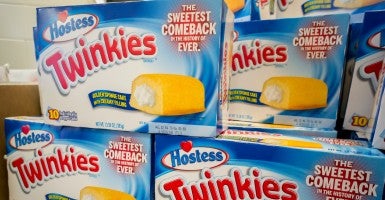 Federal dietary guidance may soon be based on the needs of the environment, not just nutrition.

The Dietary Guidelines are important because in addition to providing federal nutritional advice, they can also influence federal programs such as the National School Lunch Program. By law, school meals must be consistent with the guidelines.

The Advisory Committee’s report focused on unrelated issues such as environmental concerns, among other things. For example, the committee recommended:

These recommendations are just the tip of the iceberg–there are many others in which the committee completely veers off its mission and pushes big government policies. It will take some time to determine just how extreme this entire document is, but it clearly undermines the Dietary Guidelines process–the need for the guidelines is already questionable.

The committee has previously been criticized for worrying about issues such as global warming and sustainability, instead of focusing on nutritional issues. As I wrote in a comment to the committee:

The DGAC [Dietary Guidelines Advisory Committee] should be focusing exclusively on dietary and nutritional factors and not issues such as climate change, sustainability, or any other non-nutrition related factors. Unfortunately, the previous DGAC meetings have focused extensively on these environmental issues, as evidenced through the creation of a subcommittee on food sustainability…

If the DGAC continues down this path, the very legitimacy of the Guidelines will be compromised. As the DGAC starts to draft its recommendations, these environmental factors should not play a role in the process, directly or indirectly.

This report that is supposed to provide recommendations on dietary and nutritional information should be thrown out and ignored by the Department of Agriculture and the Department of Health and Human Services. The agencies aren’t supposed to be developing the 2015 Guidelines based on the perspective of nutritionists on global warming and tax policy.