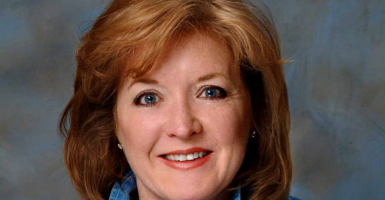 The day after Christmas, Weldin, of Minatare, Neb., had logged on to Facebook to find a message from a friend of hers. Included in the note was a link to an article from the Omaha World-Herald announcing that CoOportunity Health, a nonprofit health insurance company offering plans in Nebraska and Iowa, had been taken over by state regulators.

The insurer, one of 23 Consumer Operated and Oriented Plans, or co-ops, started with the backing of the federal government and received $145 million in loans from the Centers for Medicare and Medicaid Services. But, CoOportunity’s expenses and medical claims would far exceed its revenue for 2014.

“Merry Christmas to me,” Weldin, a dental hygienist turned Pampered Chef director, said in an interview with The Daily Signal of when she read the article.

A month later, Iowa Insurance Commissioner Nick Gerhart announced his intent to liquidate CoOportunity Health and encouraged those who were covered by the nonprofit to seek insurance elsewhere.

“I’ve been pulled into the middle of all this through no fault of my own, and there’s nothing fair about it. It is what it is, and you move forward,” said Pamela Weldin, who lost health insurance coverage three times.

“I’ve been pulled into the middle of all this through no fault of my own,” she said, “and there’s nothing fair about it. It is what it is, and you move forward.” Co-ops are no stranger to the insurance market, and lawmakers hoped the nonprofit insurance companies would help infuse competition and choice into markets where there were limited options.

However, the co-ops created under the law would be slightly different from those already in existence—to help the new insurers get off the ground and meet state reserve requirements, the federal government provided $2 billion in startup and solvency loans.

According to the latest quarterly filings, more than 520,000 people enrolled in insurance coverage through the co-ops through September.

An analysis conducted by The Daily Signal earlier this month, though, found that all but one of the co-ops experienced operating losses through September.

Centers for Medicare and Medicaid Services did not return The Daily Signal’s request for comment. In the months leading up to the Affordable Care Act’s implementation on Oct. 1, 2013, millions of Americans began receiving notices from their health insurance companies informing them their policies had been cancelled.

Weldin was one of them.

The Nebraska woman, who was diagnosed with carpal tunnel syndrome 15 years ago, had purchased catastrophic coverage through Humana after moving from San Diego, Calif., which she kept until 2013—right before Obamacare’s implementation.

That year, she received a cancellation notice from the insurance giant. The company had decided to pull out of Nebraska and wouldn’t sell plans to Nebraskans through HealthCare.gov, the federal government’s health insurance exchange. Eight other insurance companies followed suit.

By the start of 2014, Weldin would be left without insurance.

For two months, Weldin attempted to complete her application and was successful by mid-December.

Through CoOportunity, Weldin purchased a platinum level plan with premiums costing $307 a month.

Weldin’s insurance with CoOportunity went into effect Jan. 1, 2014, and she had the insurance for most of that year.

Like some consumers, Weldin had issues with the coverage she received through the law. Her original doctor, located seven hours away in Colorado, was no longer in network, and Weldin’s plan included services she would never need. At 58 years old, the former dental hygienist had a difficult time understanding why she would need maternity coverage, but it was included in her plan.

Her new platinum plan included a $2,500 deductible, and Weldin qualified for the tax credits touted by the administration.

Then, in November 2014, CoOportunity notified Weldin that they would no longer be offering platinum plans. For the second time, Weldin “muddled through” HealthCare.gov to purchase a new health insurance plan. Again, she encountered issues with the website and had to wait until December before securing coverage with CoOportunity. Weldin ultimately selected a silver-level plan for $165 a month.

“Here you are, trying to do the right thing, trying to be responsible and have coverage and be diligent,” she said. “And still, I have all these problems and glitches and everything.” It wasn’t long after purchasing her new insurance with the co-op that Weldin learned CoOportunity was in financial trouble.

One day after Christmas, she read that Iowa state regulators had taken over the nonprofit insurance company, and officials warned it could go under.

CoOportunity originally expected just 12,000 consumers to purchase coverage through the nonprofit. They ended up enrolling 120,000, many of whom were sicker and had costly health issues.

As a result, CoOportunity’s expenses and medical claims exceeded their revenue from monthly premiums, which were priced too low.

The state asked the Centers for Medicare and Medicaid Services for additional money, but the agency denied its request.

“You had a perfect storm happen here,” Gerhart said.

For Weldin, the new year brought grim news. She learned that CoOportunity would be liquidated. She would be out of health insurance yet again. “The CoOportunity people were helpful and wonderful,” Weldin said. “They answered questions. I really didn’t end up dealing with people who were adversarial or contentious. They sincerely wanted to help people and give out new information, and now they’re going to be unemployed.”

Gerhart told The Daily Signal the state acted quickly in notifying consumers about CoOportunity’s liquidation to ensure no one would have a lapse in coverage. So far, more than 80,000 have moved to other plans.

“They faced a crisis, and their claims were eating up all the surplus and reserve [money],” he said. “It was an unfortunate situation, but we had to step in.”

For the third time in less than two years, Weldin had lost her health insurance. And for the third time, she went to HealthCare.gov to select a new plan from a new company.

Now, Weldin has health insurance through Blue Cross Blue Shield. The “silver lining,” she said, is that Weldin is able to see her original doctor and nurse practitioner in Colorado. But the cost of her monthly premiums increased to $235.

>>> How This New Regulation Will Drive Up Your Health Care Costs