This African Country Was Once the World’s Third Poorest. Here’s How It Turned Things Around. 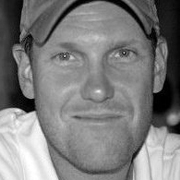 Over the past 20 years, Ed Frank has worked in communications roles on Capitol Hill, in the Bush administration and for free-market organizations. He's currently president of Frank Strategies. He recently visited Botswana on behalf of The Daily Signal.

Botswana embraced democracy, free markets and the rule of law. In other words, economic freedom.

When Botswana gained independence from the British in 1966, the new country’s insightful leaders did what so many others in the post-colonial world didn’t: they embraced democracy, free markets and the rule of law. In other words, economic freedom.

The results speak for themselves.

While so much of the continent has remained mired in poverty and corruption, Botswana became the world’s fastest growing economy for three decades. Foreign direct investment and new construction can be seen everywhere in the capital city of Gaborone. Tourism to world-class destinations like the Okavango Delta has taken root and is expanding. And after starting off as the world’s third-poorest nation, with a per-capita GDP of $70 in 1966, today is has expanded dramatically to $16,377.

>>> Discover How Your Country Stacks Up: 2015 Index of Economic Freedom

On my recent trip to Botswana, I explored how the nation’s people have benefited from nearly four decades of economic freedom.

The video features interviews with Temba Nolutshungu, a director of South Africa’s Free Market Foundation, and Leta Mosienyane, one of Botswana’s most acclaimed architects and urban planners. He’s helped design some of Southern Africa’s most prominent developments and he’s seen first-hand what policies help—and hinder—economic development.

The Daily Signal’s Alex Anderson assisted in production of the video.