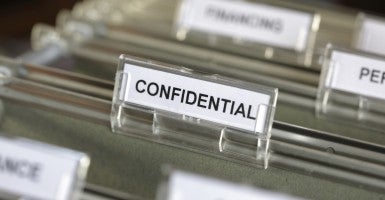 Bureaucratic stonewalling erects barriers to the public’s right to know. It also undermines our system of checks and balances and weakens the public’s trust in our institutions of government.

Let’s remember the genesis of our republic. The government works for the people, not the other way around. Foot-dragging subverts transparency and creates a credibility gap.

On his first full day in office, President Obama issued a memorandum that said “information maintained by the federal government is a national asset.”

Six-plus years later, good government watchdogs still feel like they are hunting for buried treasure. Despite laws designed to foster transparency and protect the public’s right to know, filing a request through the Freedom of Information Act (FOIA) too often becomes a wild goose chase.

Throughout my service in Washington, I’ve vigorously conducted oversight of the executive branch, regardless of who controls Congress or the White House. Open, accountable government is the lifeblood of good government. Transparency helps limit overreach by keeping the government’s powers in check with the individual rights of a free people in a free society. Slackening the oversight reins would risk giving big government greater reign over the people.

“The government works for the people, not the other way around.”

It too often takes relentless advocacy by citizen-watchdog groups, open-government organizations, media outlets and congressional scrutiny from Capitol Hill to pry information about the public’s business from the executive branch.

Consider that FOIA requests led to revelations that the IRS targeted taxpayers based on their political ideology. Meanwhile, the EPA flunks reasonable standards of FOIA compliance and essentially bungles requests for public information as standard operating procedure.

It’s become clear the executive branch isn’t measuring up to fundamental measures of openness and transparency that FOIA was designed to address.

>>> Sharyl Attkisson: How to Free the Government’s Grip on Freedom of Information

Even though the founders had no way of knowing just how vast the federal bureaucracy would grow more than two centuries after securing America’s economic and political freedoms, James Madison nonetheless shared remarkable foresight. He said, “a people who mean to be their own governors must arm themselves with the power which knowledge gives.”

In 1966, Congress and the president codified this fundamental principle as the law of the land.

Exactly 190 years after the founders declared independence from an overbearing monarchy, FOIA was put on the books to help arm the public with the power of knowledge. Now, nearly 50 years later, Congress needs to sharpen this statutory tool to help strengthen good government.

How does FOIA work?

FOIA allows for citizens to obtain access to federal agency records, subject to certain exemptions including matters of national security, personal privacy, trade secrets and special law enforcement considerations. If an agency denies access to a requested record, that denial can be reviewed by a court.

Passage of FOIA gave private citizens a legal avenue to check up on how their government is operating. And yet, this watershed moment for open government requires vigilant oversight to ensure the law works as Congress intended.

That’s why I’ve joined a bipartisan coalition of lawmakers and good government organizations to improve FOIA so that federal agencies would no longer be able to hide behind blanket exemptions “simply because they may do so legally.” Although the president instructed the executive branch to abide by a “presumption of openness,” it has failed to gain a foothold among federal agencies.

As chairman of the Senate Judiciary Committee, I’ve advanced FOIA reform legislation through the Judiciary Committee for full consideration by the Senate. Our bipartisan bill would simplify the process for making a FOIA request. Specifically, it would create a consolidated online portal for the public.

A one-stop shop for making FOIA requests would make it easier for citizens to start the process. It also would strike a reasonable balance by recognizing that various federal agencies need flexibility to process and respond to these requests. Most importantly, it would put the “presumption of openness” on the books to prompt federal agencies to disclose documents proactively, instead of reactively rejecting requests for information. Private citizens, journalists and lawmakers have too often butted up against a culture of corruption, not cooperation. Instead of adopting a culture of openness that presumes the public has a right to know, the federal bureaucracy recycles legal arguments for greater secrecy.

The public’s right to know is a national treasure of our republic. Improvements to the Freedom of Information Act would restore the luster to this crown jewel of participatory democracy and help keep our national assets open to the public.