How This Christian Group Promotes a Pro-Life Message Through Running 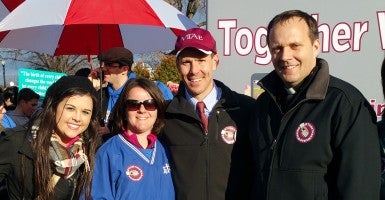 It was a cold and cloudy day with poor visibility on the side of a mountain in Colorado when Dr. Pat Castle first encountered Padre Pio, the canonized Roman Catholic priest from Southern Italy, who was known for his healing powers and connection with supernatural occurrences.

It was 2006, and Castle was about 10 minutes from reaching the finish line in the Pikes Peak Ascent and Marathon. He had been fine when the race began at the base of the mountain in Manitou Springs, Colo., but he had climbed the narrow, windy trail to 7,815 feet, and he was beginning to wonder if he was going to be able to finish.

“I just said a prayer,” Castle told The Daily Signal. “I could hear someone speaking to me, and when I looked over my shoulder I could see St. Padre Pio running with me.”

It was as a result of this experience that Castle decided to form Life Runners, which helps to fundraise for and promote the pro-life cause.

Castle described his mountaintop vision as he stood just a few feet away from the U.S. Supreme Court building in Washington D.C. during the annual “March for Life” last month.

Castle was joined by about 30 other pro-life activists who are part of the newly formed, fast-growing international group of runners.

“I remember it being bitter cold that day,” Castle said of the 2006 race in Colorado. “It’s a challenging run because of the elevation, but this was the moment when my passion for running collided with the pro-life cause.”

Castle, who also is president of Vitae Foundation, a non-profit research-based group that crafts pro-life messages, co-founded Life Runners in 2008. Since then, pro-life runners have come together as a team each year for one national race.

“You look out across the huge crowds and there are many ways you can express yourself for the pro-life cause,” said Jeff Pauls, who lives in St. Louis and serves as the group’s vice-president of operations. “Every mile we run, we say a prayer for the unborn. We offer everything we do as runners up to God.” 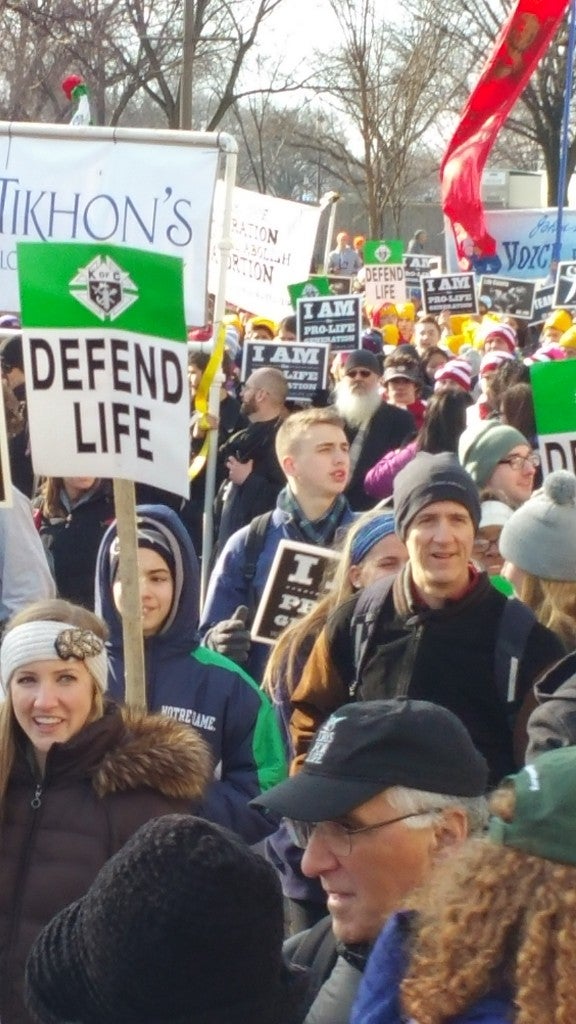 Participants during the March for Life walked for a purpose. (Photo: Kevin Mooney)

Pauls estimates that about 50 Life Runners took part in a 5k run before the March for Life. The group has grown to include more than 3,000 runners from all 50 states and 22 countries.

Other Life Runners who participated in the March for Life included the husband-wife team of Josh and Lindsey Bachman, who are practicing attorneys based near Kansas City. Both have run several half-marathons.

“We feel like we are able to reach a whole new demographic by promoting the pro-life message through running,” Josh Bachman says. “We’re able to tell a younger group of people about our issues and to check out our web site. There are a lot of people in their 30s and 40s who are interested in running, and we are in a position to make that human connection and tell them why they have a stake in the pro-life movement, which is getting bigger every year.” 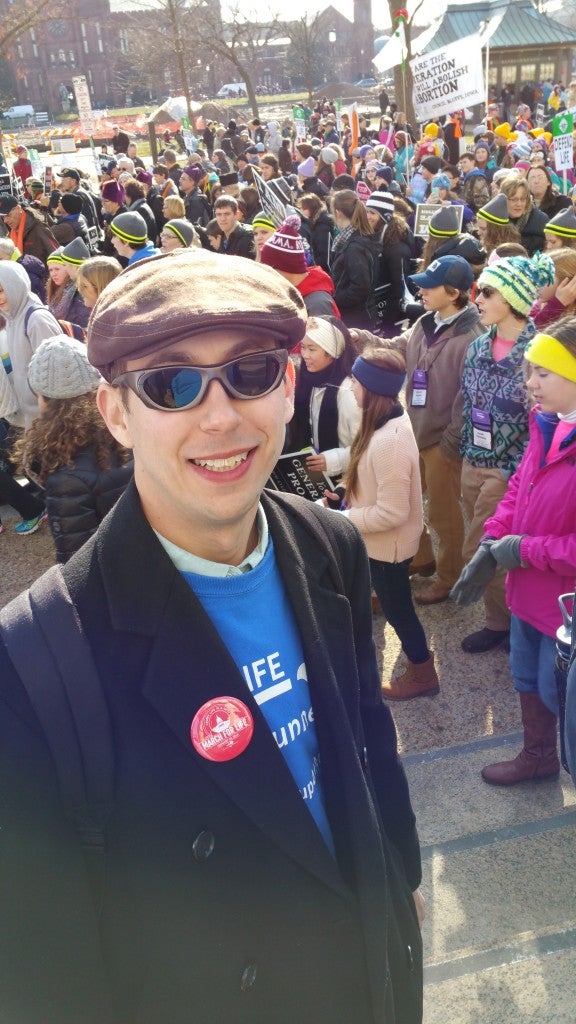 Josh Bachman, an attorney from Kansas City, participated in the March for Life. (Photo: Kevin Mooney)

Lindsey Bachman says she views each opportunity to join with Life Runners as a prayerful event.

“Running gives us an opportunity to unite our sacrifice with Christ’s passion,” she says. “And, as our team leader, Dr. Pat Castle, always says, we run so others may crawl.“

Given the size and scope of the march, Reagan Nielsen, the online marketing coordinator with Vitae, says it is getting harder for the media to ignore the pro-life movement.

“The media has tried to avoid giving any coverage to the march for years, and I’m sure they would prefer to keep ignoring it,” she says. “But you have legislation moving on Capitol Hill while people from across the country are coming together to protect life. This is helping to get our message out.”