How Government Unions Take Advantage of the Rest of Us 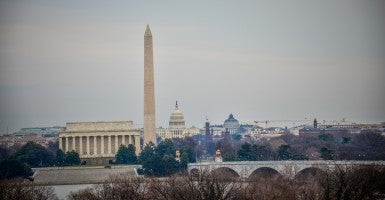 It’s a special-interest group that exercises disproportionate influence over public policy at all levels of government. Government bestows special favors on it, thereby perpetuating and strengthening its political power. It’s classic cronyism — and you are paying for it.

Government unions operate in direct conflict with the interests of the public. Their initiatives drive government budgets away from providing essential public services and toward paying generous benefit packages to government workers. Their policies are the root cause of the $3.2 trillion unfunded liability in state and local pension plans. The public ends up paying more for government while getting less.

“Government Against Itself: Public Union Power and Its Consequences,” a new book by Daniel DiSalvo, might be more aptly titled “Government Unions Against the Public.”

Government unions represent the quintessential case of entrenched favoritism in public policy at work. Imagine you get to take money from all of your coworkers’ paychecks and use it to elect your boss, who in turn raises your compensation, relaxes your performance requirements, and shields you from any competition.

In the real world, of course, the money comes from taxpayers, who don’t strenuously object because the boss (i.e., government) hides the true costs of the arrangement by shifting the obligation to pay for it onto future taxpayers. It’s not a bad deal … unless you’re a future taxpayer.

DiSalvo relates how, in 2006, then-New Jersey governor Jon Corzine told public workers at a rally, “We will fight for a fair contract!” Such a statement would be expected from the head of a government workers’ union. But it’s unseemly coming from a governor, whose job it is to act in the best interest of his or her citizens. That job includes checking the demands of government workers. As it turns out, the governor’s girlfriend at the time was the former president of a big state employees’ union. But even without personal connections, DiSalvo shows, unions’ power to drive election outcomes in states and localities allows them to exercise a disproportionate and harmful influence over public policy.

DiSalvo’s book is full of lucid examples that that will make your blood boil — despite the author’s avoidance of inflammatory rhetoric. But the heart of the book is DiSalvo’s sober analysis of the case for government unions, which exposes it as hollow. He clearly reveals how government unions, in collusion with policymakers, advance a tax-and-spend agenda and block significant public-sector reforms that could make government smaller and more efficient.

While much prior analysis has focused on collective bargaining in the public sector, DiSalvo emphasizes that collective bargaining is only one facet of government unions’ power. The author says they may have even greater success in advancing their agenda through political work. The government facilitates political organizing and spending on behalf of the unions, which then drain public resources to provide services at inflated prices. In this way, government ends up operating “against itself.”

“Automatic members and reliable money for political activity are the key advantages that public sector unions have over other interest groups, which underscores the importance of the agency shop (requiring all workers in a collective bargaining unit to pay union fees) and the dues check-off (where the government collects union dues from public sector workers through payroll withholding) to their ability to defend their interests,” writes DiSalvo.

Why do citizens tolerate government favoritism toward government unions? One explanation is that the unions pursue their self-serving agenda in the guise of promoting broadly shared goals. “Teachers’ unions claim to promote better education, police unions endorse lower crime, corrections officers want to lock up criminals, and sanitation workers favor clean streets,” DeSalvo notes. “The unions can thus take credit for broadly approved actions of government while obscuring benefits that accrue to them.”

Those benefits come in the form of pension- and health-benefit increases, changes to collective-bargaining procedures that strengthen union power, and the exclusion of potential competitors like privatized services and charter schools. All of these end up making government unduly expensive for taxpayers as they hamper attempts at making government smaller and more effective.