How to Free the Government’s Grip on Freedom of Information 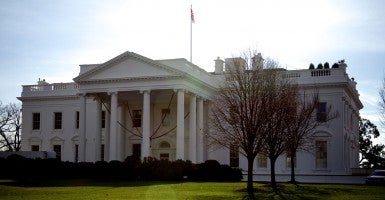 There is something on which Democrats and Republicans agree: the Freedom of Information Act is broken.

The law, known as FOIA, is intended to facilitate the timely release of public information. Instead, federal officials routinely use it to delay and obstruct the release of information.

A bipartisan effort to reform the law died at the end of last year. This year, both the House and Senate have moved quickly to re-introduce versions of their bills.

Today, the Senate Judiciary Committee will vote on the FOIA Improvement Act of 2015. The legislation is an improvement but won’t fix all the problems that currently exist. (Update: The committee unanimously approved the legislation.) Based on my own experience, there are five specific actions that Congress could take to improve government transparency. (You can read about them in detail below.) In the House, Reps. Darrell Issa, R-Calif., and Elijah Cummings, D-Md., have partnered again to “establish a presumption of openness for releasing information while creating electronic accessibility for frequently released information.”

“At a time when the American people’s trust in the federal government is at an all-time low, we must strengthen and refine our laws that enable transparency and openness in government,” says Issa.

“[A]gencies should have to justify their actions when they want to withhold information from the American people,” says Cummings.

In the Senate, John Cornyn, R-Texas, and Patrick Leahy, D-Vt., are backing a bill that also establishes a “presumption of openness.”

Agencies could only withhold information if they foresee that disclosure would cause “specific, identifiable harm.” It shifts the burden away from the public and press, which now have to try to justify release, to federal agencies, which would have to demonstrate why information should be withheld.

But the best of intentions could have little impact without the threat of meaningful penalties being imposed for violations. And right now, there is concern the House and Senate bills lack that incentive.

Here are summaries of ideas, based on experience, which could help make FOIA reform effective. (Full disclosure: they stand little to no chance of being included in the current bills.)

1) Review of FOIA documents by White House “equities” should be barred.

The White House issued a memo April 15, 2009, directing federal agencies to let Obama officials review all documents to be produced under FOIA to determine if they involve “White House equities.”

This political review process has interfered with the spirit, intent and letter of FOIA law. It has resulted in public documents being identified—then never produced at all.

The idea of White House “equities” isn’t new under the Obama administration.

According to former Commerce Department FOI supervisor Sonya Gilliam, she first experienced the practice many years ago.

At document response proceedings for FOIA, congressional inquiries and grand jury subpoenas, Gilliam says she was shocked to learn that certain responsive documents were to be sent to then-White House counsel Cheryl Mills (who later became Secretary of State Hillary Clinton’s chief of staff) for review and “coordination” and were subsequently withheld.

Eventually, a federal judge faulted the Commerce Department for obstruction in a FOIA lawsuit, but nobody was punished and taxpayers footed the bill. Just three years before, in 1997, a federal judge had called Mills’ behavior in another FOI case “loathsome.”

2) The “presumption in favor of disclosure” by itself will have no meaningful effect.

Yet FOIA responses are seemingly worse than ever. If a presidential order and attorney general’s directive didn’t work, neither will a congressional law—unless it has specific penalties (suggestions further below). 3) Federal agencies should be forced to take proactive steps that will result in reducing their FOIA workload and response times.

Not long ago, I received a FOIA response from a request 10 years ago. Even 10 years later, it was redacted and unhelpful.

Federal agencies are creating their own FOIA backlog, which they then use as an excuse for not processing FOIA’s in time for them to be used in a current news story.

Many agencies now automatically respond to FOIAs with a letter stating that it probably won’t be filled soon because there are so many requests waiting. Same with appeals.

Take the example below in response to my FOIA request about a mysterious, fatal epidemic outbreak of a non-polio Enterovirus. The Centers for Disease Control and Prevention says the agency is so busy with Ebola, it will take a long time to respond. So far, no documents have been provided.

Federal agencies use this to their advantage when they want to delay the release of potentially damaging information.

4) Officials who intentionally evade FOIA should be penalized. Bad actors will always look for new ways to evade FOIA. Serious penalties should be written into the law and enforced.

If others saw just one person held accountable for improper and/or unlawful behavior, it would go a long way toward preventing a repeat of the behavior.

5) The Department of Justice should be forbidden from using tax dollars to defend itself and other federal agencies in FOIA lawsuits, except when funding is approved by Congress on a case-by-case basis.

The Justice Department spends tax money defending FOIA cases on behalf of responding agencies, when it should be directing them to lawfully respond. Later, if the court orders documents released and the feds have to pay the requester’s legal fees, taxpayers pay for that, too.

Congress should bar the Justice Department from using tax money to defend cases except in rare cases in which the agency gets approval from Congress to fund the lawsuit. If the federal government subsequently loses the suit, even in part, and is ordered to turn over documents, it should “count against” the agency and officials who withheld the information. Any reimbursement of legal fees to plaintiff should be taken out of the agency’s discretionary budget.