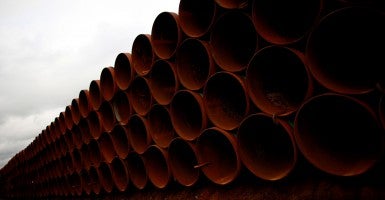 One would think you can beat a dead horse only so many times. Using low oil prices this time, the Environmental Protection Agency is urging President Obama and the State Department to reconsider Keystone XL’s climate impact.

The State Department’s environmental assessment concludes that Keystone XL’s contribution to climate change would be insignificant because the oil will come out of the ground regardless of whether the pipeline is built. Indeed, it already is. The analysis included a scenario with sustained low oil prices where tar sands oil production would decline without Keystone XL because the higher costs of rail could make it too expensive to ship. EPA is urging the State Department to give that scenario more weight in light of low prices.

Here are three reasons to ignore the administration’s latest excuse:

Keystone XL is environmentally responsible and a victory for the economy. Let’s quit delaying and let Americans start building.