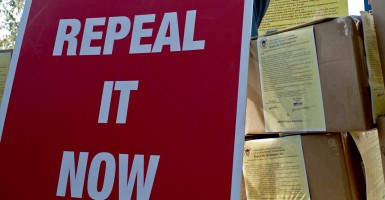 The House of Representatives is expected to vote on repealing Obamacare this week. Heritage has already laid out five of the biggest reasons for Congress to repeal the entire law but because the law and its effects are so far-reaching, here are five more:

For these reasons and many more, Congress should repeal all of Obamacare to allow for a fresh start to health care reform.