In Index of Economic Freedom, U.S. Is 12th Freest Economy 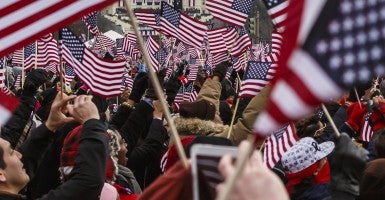 Here are five key points you should take away from this year’s Index:

A recurring theme of human history has been resilience and revival. The country profiles in the 2015 Index of Economic Freedom include many examples of countries that have accelerated their economic and social progress in the face of difficult challenges and a sometimes harsh international environment. Their successes can be emulated by others. The Index charts not just one path to development, but as many as the ingenuity of humans can produce when they are free to experiment and innovate.

The 21st edition of the Index of Economic Freedom assesses economic policy developments in 186 economies in six regions around the world. Since its inception in 1995, the Index, an annual cross-country analysis by The Heritage Foundation, in collaboration with The Wall Street Journal, has tracked the progress of economic freedom and measured the impact of advancing economic liberty around the globe.

Find and learn more about the critical interplay between economic freedom, opportunity, and empowerment at www.heritage.org/Index.