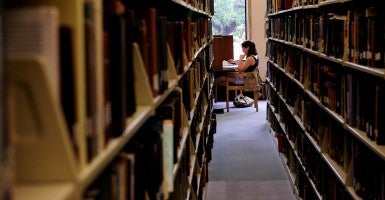 The Obama administration will soon propose raising taxes on middle-income families struggling to save for college–at a time when college costs are higher than they’ve ever been.

For years, families have been using 529 college savings accounts. Once you invest after-tax dollars in these accounts, the money grows tax-free and you can withdraw the initial capital and the interest acquired without facing federal tax penalties if you use the money for education expenses.

But now President Obama wants to tax the money made from those investments–a move that the New York Times called “a radical change” that would “discourage savers from using the accounts because the withdrawals would be taxed as ordinary income.”

Under Obama’s proposal, if families withdrew money that had been earned from investments from these accounts for college expenses, they would now have to pay taxes on that income.

Some have already pointed out that the proposal could also reduce the amount of federal financial aid for which a student is eligible, since that newly taxable income would be recognized by the Internal Revenue Service.

The administration’s policies are creating disincentives for those who save for college while advancing policies in which federal government directs college spending, lending and handouts.

At a time when college tuition is more expensive than ever, we should be encouraging families to save – and should certainly not be penalizing families in favor of Uncle Sam stepping in to provide things like “free” community college and student loan “forgiveness,” as the administration has proposed.

The White House’s plan for the federal government to finance free community college will encourage increased spending on the part of the community college system, will not provide any benefit to low-income students (who can already use Pell Grants to pay for tuition at community colleges), and will crowd-out the for-profit college sector. It’s also likely to result in a 6-year high school system, since high schools may feel less responsibility to fully prepare students by 12th grade, if they know a “grade 13” and “grade 14” await.

The administration’s tax proposal would also strike a similar blow to Coverdell savings accounts. Coverdell accounts allow parents to save up to $2,000 per year for a child’s K-12 educational expenses. While contributions to Coverdell accounts are made with after-tax dollars, like 529’s, interest earned on contributions accrues free from federal income taxes. President Obama’s proposal would limit educational options for elementary and secondary students.

In its quest for a federally funded “cradle-to-career” education system, the administration is crowding out the most important ingredient in educational success: families, and their ability to save for and direct their own children’s education.