The IRS Hired the Same Company That Botched The Healthcare.gov Rollout 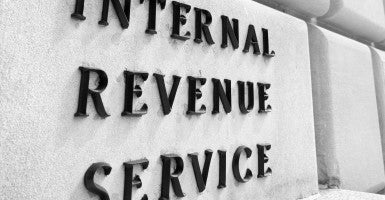 The Internal Revenue Service is under investigation by an oversight subcommittee of the House Ways and Means Committee for signing a $4.46 million contract with a Canadian company called CGI Federal – despite the fact that the same company was responsible for the disastrous launch of HealthCare.gov.

Rep. Peter Roskam, R-Ill., sent a letter to IRS Commissioner John Koskinen provide “assurance that taxpayer dollars are being put to their highest and best use.”

Roskam reminded Koskinen that CGI Federal had already been fired by the Department of Health and Human Services, Vermont and Massachusetts for their failure to rollout websites associated with the Affordable Care Act in an efficient fashion.

“I am concerned that just months after the HHS and Massachusetts firings, the IRS selected the same contractor to provide critical technology services related to the administration of the Patient Protection and Affordable Care Act,” Roskam wrote.

He demanded that the IRS give the subcommittee the contract itself, all related documents (such as competing bids), the names of the IRS employees involved and all of their internal communications about the contract by Feb. 6.

Roskam said in a statement that the American people deserve answers about how taxpayer funds are being used at the IRS:

“The American people should know why the IRS spent millions of taxpayer dollars to hire the same company responsible for the botched Healthcare.gov rollout. From an agency clamoring for more funding, this isn’t a confidence-inspiring use of resources.”