50 Years After His Death, Churchill’s Words Continue to Inspire 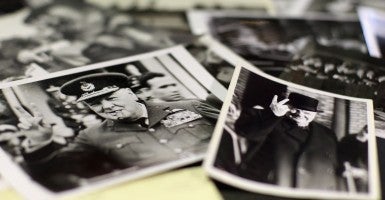 A critical difference between a politician and a statesman is the ability to use the power of words not to further his own ends but to advance a cause or idea that benefits all.

In the 20th century, Winston Churchill–who died fifty years ago today–used words more effectively than any other leader of the free world as when he rallied the beleaguered British people against Nazi Germany and later alerted the world to the expansionist plans of the Soviet Union in his famous Iron Curtain address.

In May 1940, barely a week after he was named prime minister and while the Nazi blitzkrieg was slashing across France toward a panic-filled Paris, Churchill reassured an anxious nation over the British Broadcasting Corporation. Using something close to blank verse, he told the country that he had formed a unique government:

We have differed and quarreled in the past;

But now one bond unites us all—

To wage war until victory is won,

And never to surrender ourselves to servitude and shame,

Whatever the cost and agony may be.

A month later, when France was close to falling and there was widespread speculation that England might surrender, Churchill again took to the airwaves to vow, in that resonant indomitable voice that was to become so familiar, that Britain, if necessary, would continue the battle alone:

Upon this battle depends the survival of Christian civilization.

Upon it depends our own British life,

And the long continuity of our institutions and our Empire …

Let us therefore brace ourselves to our duties,

And so bear ourselves

That if the British Empire and its Commonwealth

“This was their finest hour.”

Churchill’s stirring address inspired the British people to hold on against the war machine of Nazi Germany until the United States entered the war following the attack on Pearl Harbor. Hitler failed in his attempt to conquer all of Europe because at a time of transcendent crisis one eloquent leader employed the mobilizing power of words.

Following World War II, when the war-weary West longed for peace and a return to normalcy, Churchill, clear-eyed as always, surveyed what the Soviets were doing in Eastern Europe and sounded the alarm. Speaking in March 1946, in Fulton, Mo., with President Harry Truman seated on the platform beside him, Churchill gravely intoned:

From Stettin in the Baltic to Trieste in the Adriatic, an Iron Curtain has descended across the continent. Behind that line lie all the capitals of the ancient states of central and eastern Europe. Warsaw, Berlin, Prague, Vienna, Budapest, Belgrade, Bucharest and Sofia, all these famous cities and the populations around them lie in what I might call the Soviet sphere, and are all subject, in one form or another, not only to Soviet influence but to a very high and in many cases increasing measure of control from Moscow.

In his remarks, Churchill cited the evidence of unbridled Soviet expansion, pressure on nations on its periphery, such as Greece and Turkey, and subversion and espionage in non-communist nations around the world. He ended with a solemn warning that the bitter lesson of Munich would be repeated unless firm action was taken. There is nothing, he said, that “the Soviets admire so much as strength and there is nothing for which they have less respect than for weakness, especially military strength.”

Some Americans rejected Churchill’s warning, calling his words bellicose and liable to exacerbate a serious situation. But one political leader in particular weighed them carefully, and over the next two years President Truman, with the support of a Republican Congress, created the policy of containment—including the Truman Doctrine, the Marshall Plan and NATO—that prevented further Soviet gains in Europe.