Defending the Filibuster: The Soul of the Senate 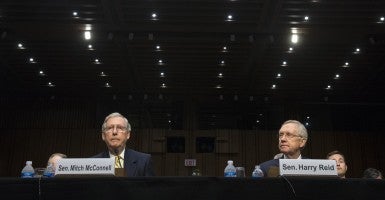 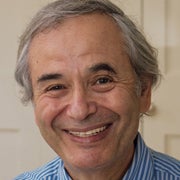 Richard A. Arenberg, an adjunct lecturer in public policy and political science at Brown University, spent more than 34 years on Capitol Hill, including senior roles with three Democratic senators. He's the co-author of "Defending the Filibuster." 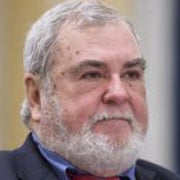 Robert B. Dove, parliamentarian emeritus of the U.S. Senate, spent 36 years on Capitol Hill, 13 of them advising senators on legislative process and procedures. He is currently an attorney with Patton Boggs. He's the co-author of "Defending the Filibuster."

Taken together, the events in recent years threaten to change the U.S. Senate as we know it.

Some inside the Senate and outside will cheer these developments. Many progressive organizations continue to demand an end to the filibuster. Whether they will continue this quest can only be surmised.

In 2010, just a few months before his death, Sen. Robert Byrd, D-W.Va., the Senate’s greatest expert on its rules, wrote:

“If the rules are abused, and Senators exhaust the patience of their colleagues, such actions can invite draconian measures. But those measures themselves can, in the long run, be as detrimental to the role of the institution and to the rights of the American people as the abuse of the rules.”

However, it is the words of Sen. Harry Reid, D-Nev., in an interview with former Majority Leader Tom Daschle in a television broadcast on C-SPAN which resonate with us.

The interview was conducted, not in 2005, when Democrats including Reid were defending the filibuster against the Republican threat to use the “nuclear option,” but years later in 2008 after Democrats had returned to the majority in the Senate:

Daschle: What likelihood is there that we are going to have to face nuclear option like questions again?

Reid: What the Republicans came up with was a way to change our country forever. They made a decision that if they didn’t get every judge they wanted, then they were going to make the Senate just like the House of Representatives. We would in effect have a unicameral legislature where a simple majority would determine whatever happens…. The rules over there allow that. The Senate was set up to be different that was the genius, the vision of our Founding Fathers that this bicameral legislature which was unique had too different duties, one was as Franklin (sic) said, was to pour the coffee into the saucer and let it cool off. That’s why you have the ability to filibuster and to terminate filibusters. They wanted to get rid of all that. And that’s what the nuclear option is all about.

Daschle: Is there any likelihood that we’re going to face circumstances like that again?

Reid: As long as I am the leader the answer is no. I think we should just forget that… that is a black chapter in the history of the Senate. I hope we never ever get to that again. Because I really do believe it will ruin our country…

Daschle: Well I give you great credit for the way you handled it… and the extraordinary repercussions. Your characterization in my view is exactly right. This could have changed the character of the Senate forever.

Those who embrace this “black chapter” and who would welcome the descent down the slippery slope to a majoritarian Senate should remember the words of then-Senate Majority Leader Lyndon Johnson referring to the right to filibuster, “If we now, in haste and irritation, shut off this freedom, we shall be cutting off the most vital safeguard which minorities possess against the tyranny of momentary majorities.”

Democracy requires a balancing of majority rule with the protection of the rights of the minority.

The Senate has been unique for more than 200 years in its protection of the privileges of the minority, particularly the rights to debate and to offer amendments.

The use of the “nuclear option,” in particular, has started the Senate down a dark path. While we continue to hope that the Senate reverses its direction and avoids the near inevitable consequences, we fear that the precedents put in place and the damage done may prove practically irreversible.

Majorities seldom, if ever, yield power back to the minority.

It is critical to end the procedural tit for tat which can only lead to escalation. Each party should examine its own behavior and resist the temptation to double-down.

In these times of polarized partisan warfare in the Congress, it will be difficult but all the more important that senators in the minority avoid further abusing the filibuster and related tactics.

Equally important, the abuse of the rules and precedents like the filling of the amendments tree and use of the “nuclear option” by the majority must end.

It takes that balance between the existence and exercise of the filibuster and restraint in its use to restore the Senate’s function of protecting the minority and fostering consensus. We have called it “the soul of the Senate.”

This is an excerpt from “Defending the Filibuster.”