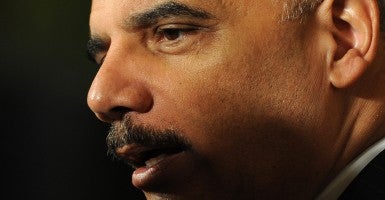 Before today’s announcement, federal agencies could take over, or “adopt,” forfeiture cases from local or state law enforcement agencies. In other words, state or local law enforcement personnel would seize property and then turn it over to the federal government to process.

Pursuant to agreements with the federal government, once the property was successfully forfeited in federal court, the originating state or local agency got a portion of the proceeds, potentially as high as 80 percent. That money had to be used for law enforcement operations, placing it beyond the control of local governments and state legislators.

The program became the subject of controversy for effectively allowing local agencies to circumvent restrictive state laws in favor of the potentially more lucrative federal route, raising serious federalism and good government concerns. Even where states had strong procedural safeguards for property owners or limitations on the use of forfeiture funds, law enforcement could partner with the federal government and use federal rules to seize property and make use of the profits.

Apparently responding to these concerns, the attorney general’s new policy bars federal authorities from adopting local or state seizures of “vehicles, valuables, cash and other monetary instruments.” The AG was able to make this change unilaterally because the statutes underlying federal civil forfeiture made the equitable sharing payments optional. The Department of Justice has the authority to craft, and to change, the rules of the program. The Treasury Department, which operates its own forfeiture fund, announced its forfeiture operations will conform to the same guidelines as those laid out by Holder.

Although this is an important step, there are some important limitations and potentially significant loopholes to the new rule:

Will this reform be a case where the exceptions swallow the rule? That remains to be seen. The exact limits placed on equitable sharing are as yet unclear.

Today’s announcement in no way will hinder forfeiture actions executed solely by federal authorities, and it leaves open the option for state and local law enforcement to pursue in state courts the civil forfeiture cases they otherwise would have transferred to the federal government. This puts renewed focus on the need for legislative reform of state civil forfeiture laws. Washington, D.C., and Minnesota have enacted broad reforms meant to protect innocent property owners; other states should follow suit.

And regardless of how broadly or narrowly these exceptions prove to be, if one of these exceptions is invoked, it still allows state and local agencies to skirt any state law limitations regarding how and when forfeited funds obtained under current equitable sharing rules can be used by local authorities.

While the Justice Department continues its top-to-bottom review of the civil forfeiture program, Congress should continue to take up the challenge of forfeiture reform, addressing this and the many other issues of federal forfeiture that remain untouched. Numerous bills have been proposed in both houses of Congress, and this is one of the few truly bipartisan issues.

The prospects look good: Sen. Grassley, the new chairman of the Senate Judiciary Committee, praised Friday’s announcement but indicated he would still push for legislative reforms.