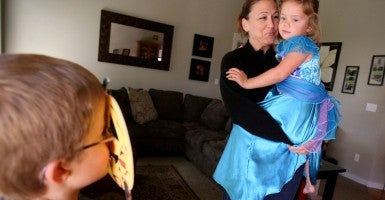 President Obama’s new tax plan, which he discussed in part in the State of the Union, lays out new proposals that he claims would help low- and middle-income families. These included a new tax credit program for dual-earner families and an expansion of the Earned Income Tax Credit (EITC) program for single, childless adults. He also proposed a substantial increase to the child care tax credit.

Unfortunately, Obama’s proposed policies do not deal with fraud, which is rampant in refundable EITC. Nor do his proposals address the problem of refundable tax credits (which are really cash welfare) to able-bodied individuals who perform little work. The president’s refundable tax credit for two-earner families and his proposed expansion of the EITC to workers without children and to absent fathers would make both problems worse.

The Obama policies would also increase anti-marriage incentives in the welfare system. While the two-earner credit would reduce marriage penalties in some cases, the expanded EITC for non-parents and for absent fathers is larger than the two-earner credit and is blatantly anti-marriage. Absent fathers and other males would receive this new EITC credit only as long as they were not married. When they marry, the new credit would be removed. Overall the Obama policies increase rather than decrease penalties against marriage in welfare. Policy should seek to reduce marriage penalties, rather than take another strike against it.

Obama also proposed to expand the Child and Dependent Care Tax Credit, tripling the maximum benefit amount. Since the proposed child care credit appears to be non-refundable, it would primarily benefit families with incomes between $40,000 and $100,000 who use paid daycare. As such, the policy discriminates against married-couple families who make a financial sacrifice so that one parent can care for infant and pre-school children in the home. Tax policy should not unfairly discriminate between families using daycare and families making a financial sacrifice to provide parental care to their children.

(This was originally published in “What Obama Got Right and Wrong in the State of the Union.”)