Fact Checking Obama’s Jobs Claims in State of the Union 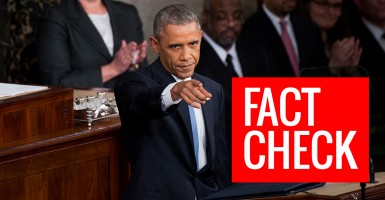 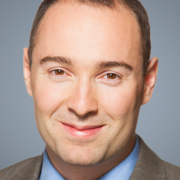 President Obama talked at length about jobs, the minimum wage and salaries during his State of the Union speech. Here we look at some of his claims and whether they’re true or not.

Claim 1: “Our economy is growing and creating jobs at the fastest pace since 1999.”

President Obama celebrated the fact that the economy created jobs at the fastest pace since 1999. These figures are far less exciting news when put in context. Americans have suffered through the slowest recovery of the post-war era. The recession started seven years ago. Only in mid-2014 did the economy recover the jobs lost during the downturn. Full-time jobs have still not recovered – the entire net employment gains since 2007 come in part-time positions. Furthermore, the Obama administration’s policies have contributed to this sluggishness. Half of small business owners cite taxes or government regulations as their single greatest problem. A delayed recovery certainly beats the alternative of even slower job growth. But the administration should hardly want credit for such an anemic recovery. Claim 2: “Our unemployment rate is now lower than it was before the financial crisis.”

Obama touted the fact that unemployment has fallen to 5.6 percent. That’s good news. But he neglected to mention the fact that the proportion of Americans with jobs has changed little over his presidency. The vast majority of the improving unemployment picture comes from Americans dropping out of the labor force and no longer looking for work. In part that has to do with demographics—the ageing of the baby boomers means more retirees and thus fewer workers. But demographics only explain one-quarter of the drop in labor force participation. For many workers the economy offers less opportunity than it did before the recession. The official unemployment figures hide that fact.

Actually, Congress did pass such a law in 1963 and President John F. Kennedy signed it. It is called the Equal Pay Act and the country is 52 years into it. Now on to statistics. Based on previous remarks by the president, the gender wage gap is the basis for the president’s claim that women do not receive the same pay for the same work as men. Yet even that claim has little basis in reality. The president’s very own Labor Department concluded that “the raw wage gap should not be used as the basis to justify corrective action. Indeed, there may be nothing to correct. The differences in raw wages may be almost entirely the result of the individual choices being made by both male and female workers.” No thank you, Obama, we’re doing more than fine making our own choices without your misguided labor policies—they only promise to do more harm than good.

Claim 4: “We still need to make sure employees get the overtime they’ve earned.”

Obama proposed boosting wages by expanding overtime. He failed to mention that even economists close to his administration think it won’t work. When the government expands overtime businesses offset that cost with lower base wages. In the end, workers get essentially what they made before. Economists of all political stripes understand this. As Jared Bernstein, former chief economist to Vice President Biden, wrote last year the argument that overtime raises wages: “erroneously assumes that the incidence falls on the employer, not the worker. Labor economists consistently assume otherwise—that the incidence falls on the worker—which in this case means that the wage offer reflects expected overtime hours.” Bernstein supports expanding overtime, but even he recognizes this will do little to help “families make ends meet.” It will effectively convert millions of salaried workers into hourly workers. Overtime eligible workers must log their hours. This makes it very hard for employers to give them workplace flexibility. If employers make a mistake tracking hours worked remotely they risk massive lawsuits. The president’s proposal would hurt many of the workers he wants to help.

Claim 5: “To everyone in this Congress who still refuses to raise the minimum wage, I say this:  If you truly believe you could work full-time and support a family on less than $15,000 a year, go try it.  If not, vote to give millions of the hardest-working people in America a raise.”

The president argues that Americans need a raise. On that pretty much everyone agrees. But he proposes doing it by raising the minimum wage. Getting by on $15,000 a year is tough. This approach doesn’t work. Researchers at UC-San Diego recently released a new study through the National Bureau of Economics Research. They tracked workers for two years after the 2009 federal minimum wage hike. So how did it affect low-wage workers? Their pay dropped. While some indeed saw a pay increase, over a million more either lost or couldn’t find jobs at the new rates. In total the average earnings of low-wage workers dropped by $150 a month. The true minimum wage remains $0.00 an hour. Employers will not pay workers more than their productivity justifies. Trying to force employers to pay more will destroy jobs and hurt the very workers president Obama intends to help.

Yes, wages are growing. But so are costs. Heritage’s Salim Furth proposes some ways the White House could increase real wages:

The government can promote real wage growth by removing regulations and taxes that keep prices high. In the government-dominated sectors of education and health care, prices have risen much faster than wages over the past generation. Electricity and fuel are made more expensive by the Environmental Protection Agency’s “war on coal.” The Dodd-Frank financial reform raises prices by making it more difficult for small banks to comply with all the new rules. And land-use regulation and permitting processes make rent for families and businesses much higher than it could be. Instead of mandating higher wages (and fewer jobs), Obama could raise real wages by taking the lead in reducing costly regulations. (The responses from Sherk, Boccia and Furth all originally appeared in “What Obama Got Right and Wrong in the State of the Union.”)