Is the Next Roe v. Wade Coming? Supreme Court to Hear Marriage Case 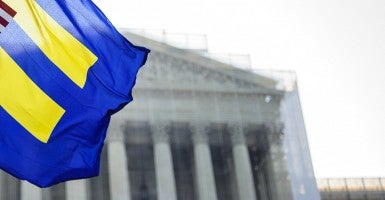 Today the Supreme Court of the United States announced that it would rule on the constitutional status of state marriage laws. It granted certiorari and consolidated four cases coming out of Ohio, Kentucky, Michigan and Tennessee. The Supreme Court should uphold these laws and respect the constitutional authority of citizens and their elected officials to make marriage policy.

Millions of citizens in these four states went to the polls and voted about the definition of marriage for state law. The majority of citizens in each state voted that the law should continue to recognize marriage as the union of a man and a woman. And last November, the U.S. Court of Appeals for the Sixth Circuit ruled that these laws do not violate the U.S. Constitution. The Supreme Court should rule likewise.

There are two central questions in the broader debate: What is marriage? And who gets to decide?  The people and their elected representatives should deliberate and vote about marriage policy—not unelected judges—and they should make policy that serves the common good by reflecting the truth that marriage is the union of a man and woman.

Citizens should remain free to define marriage as a male-female institution. Government recognizes marriage because it benefits society in a way that no other relationship does. And government can treat people equally and respect their liberty without redefining marriage.

Marriage brings a man and a woman together as husband and wife to be father and mother to any children their union produces. Marriage is based on the anthropological truth that men and women are complementary, the biological fact that reproduction depends on a man and a woman, and the reality that children need both a mother and a father. Marriage is society’s least restrictive means of ensuring the well-being of children, as marital breakdown weakens civil society and limited government.

Redefining marriage to make it a genderless institution fundamentally changes marriage: It makes the relationship more about the desires of adults than the needs—or rights—of children. It teaches that mothers and fathers are interchangeable.

Just so: the Supreme Court should not usurp the authority of the American people to discuss, debate and make marriage policy.

As former Attorney General Ed Meese and I argued last fall in The Washington Post, in a system of limited constitutional self-government, the people and their elected representatives should be making decisions about marriage policy. While there are reasonable arguments on both sides of this debate, there is nothing in the Constitution that requires the redefinition of marriage—unlike, for example, the case of interracial marriage. Judges should not insert their own policy preferences about marriage and declare them to be required by the Constitution.

Changes in marriage could come in one of two ways: through a judicial usurpation of politics or through the political process. The Supreme Court should refuse to take the former course. It should leave to the people the debate over whether to take the latter. And we should continue to make that case that marriage is the union of a man and a woman.

A fifty-state judicially imposed redefinition of marriage will solve the marriage debate no better than Roe v. Wade has solved the abortion debate. A fact that we’ll be painfully reminded of next week when hundreds of thousands descend on D.C. next week for the 42nd annual March for Life.

The Supreme Court has an opportunity to avoid repeating a similar mistake.