Will This Little-Known Obamacare Provision Lead to a Public Option? 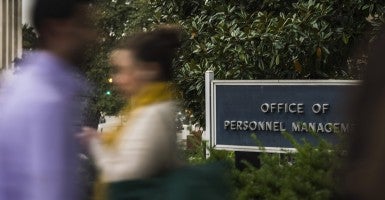 Former House Speaker Nancy Pelosi , D-Calif., was absolutely right when she said we had to pass Obamacare so we could find out what was in it.

Did you know that the law authorizes the federal government to contract with selected health plans to compete directly with all other private plans in every state? The agency that makes those contracts is the United States Office of Personnel Management, the agency that runs the federal civil service.

Under section 1334 of the Affordable Care Act, beginning in 2014 OPM must contract with at least two national health plans to offer coverage to millions of Americans–individuals and small businesses–in the newly created health insurance exchanges throughout the nation. By law, at least one of these plans must be a nonprofit health plan.

This new type of plan is called a Multi-State Plan (MSP). By law, these plans are to be available for American citizens in all 50 states and the District of Columbia by 2017.

Champions of Obamacare deny that the MSP program is a “public option” or a stalking horse for national health insurance. But, if the MSP program should fail in generating “competition,” advocates of the lost “robust public option” have also plainly argued that the administration and its allies can build on the “non-profit” plans to recreate it. For example, Jacob Hacker, a professor of political science at Yale University and an Obamacare champion, wrote: “A simple Medicare-like public plan could build on the provisions of the law that create at least one national nonprofit plan.”

And there’s reason to believe the Multi-State Plan will fail to generate competition. Yes, the stated reason for the provision creating the plan was to promote competition. But thus far it has done no such thing.

History of the Multi-State Plan

In fact, Section 1334 was added as part of former Senate Majority Leader Harry Reid’s “Manager’s Amendment” to the Senate version of the bill that passed on Dec. 24, 2009. Because a Medicare-like public option available in the original bill proved to be unpalatable to many senators, Section 1334 was the substitute.

Section 1334 was not subject to any congressional hearings, committee consideration or legislative debate. John McDonough, a health policy adviser to the late Sen. Edward M. Kennedy, D-Mass., said, “It happened so fast, in a brief window, that there was not a lot of time for robust conversation. The conversation was like, ‘This is a good idea, let’s cook something up.’ It was definitely not a thoughtful, nuanced conversation.” No surprise there.

The Multi-State Plan was a substitute for a “robust public option,” which advocates said would, among other things, increase competition and keep private plans “honest.” And because OPM already runs the Federal Employees Health Benefits Program, the congressional authors of Section 1334 – whoever they were – apparently thought it would replicate that role in administering the MSP program.

With only one year of operation, the MSP program’s evolution is uncertain. But in our analysis of OPM’s Multi-State Plan program for the Mercatus Center at George Mason University, economist Neil Meredith and I argue that it is more likely to promote consolidation than competition in America’s health insurance markets.

In 2014, only one insurer showed up to compete: the Blue Cross Blue Shield Association. Because the law requires at least one of these multi-state plans to be run by a large non-profit, like the Blues, small and for-profit insurers are, by design, at a statutory disadvantage.  If smaller firms are shut out of the market, the effect is likely to be one of decreased competition in the insurance market, which hurts consumers.

OPM’s regulatory power is formidable. It not only contracts with selected insurers offering these special plans, but it also can set different rules for these plans – such as rules governing medical loss ratio and profit margins – that don’t apply to other health plans. MSPs are also supposed to abide by certain state insurance rules, but OPM also can override them. So, a lot depends on what OPM decides to do.

One thing is certain: OPM is not some politically neutral health insurance contractor. It is an agency for White House health policy, as history shows:

• When President Bill Clinton failed to pass his comprehensive Health Security Act in 1994, Clinton’s OPM created barriers to participation of high-deductible health plans in the FEHBP, increased health benefit mandates and applied elements of the Clinton administration’s “ patients’ bill of rights” initiative that failed in Congress. Clinton also tried and failed to secure government bulk purchasing and pricing of prescription drugs in the FEHBP.

• When President George W. Bush took office in 2001, OPM contracted with health plans offering health savings accounts, a key component of the Bush health policy agenda, while successfully fending off Congressional attempts to stop federal employees and retirees from having access to these new types of health plans.

OPM, with its formidable regulatory power, can be instrumental in building the foundation of a public option. With regulatory control over the MSPs’ premiums and profit margins, it can undercut competition from other plans.

Congress should keep an eye on OPM.