Fracking, Not Obamacare, Has Helped the Middle Class 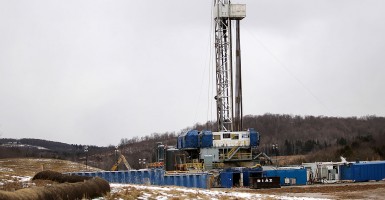 Americans of all income levels would benefit from faster economic growth that raises wages. Unfortunately, wages are being held back by the very policies supported by those criticizing slow wage growth.

Liberals across the country supported the misnamed Affordable Care Act (aka Obamacare). The law’s mandates have made health coverage more expensive for both individuals and businesses.

As of Jan. 1, Obamacare requires employers to pay a stiff penalty for each full-time worker they do not offer expensive “qualifying” health coverage to. They owe no penalty for part-time employees without such coverage. This gives many businesses a strong incentive to cut hours below 30 a week — cutting their workers’ take home pay in the process.

Fracking has created tens of thousands of good jobs. It has also reduced global energy prices. Gas prices have fallen by more than $1.25 a gallon since July. These lower energy prices will boost household spending power by $900 a year.

All this has happened over the objections of a lot of those complaining about low wages. Many liberals want to curtail fracking. Gov. Andrew Cuomo just banned it in New York state. Major unions have called for moratoriums on fracking. Yet energy entrepreneurs have done far more to boost the middle class than the health care overhaul liberals championed.