5 Reasons to Repeal the Entirety of Obamacare in 2015 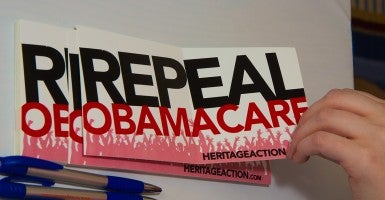 The debate over Obamacare is as strong as ever, despite being passed into law nearly five years ago. Here are five of the biggest reasons Congress should repeal Obamacare in 2015:

As the American people continue to experience the various harmful effects of Obamacare, they continue not to support it. Congress should continue its efforts to repeal it in its entirety to allow for a fresh-start to health care reform that would be market-based and patient-centered.