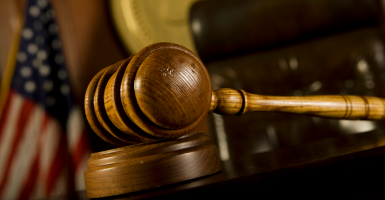 It is no secret that the Catholic Church teaches that birth control, abortion and in vitro fertilization are morally wrong. It is also no secret that many Americans who self-identify as Catholic also see no moral problem with these things. While regulated, these things are legal throughout the United States.

But can a Catholic diocese require that its employees live up to a moral code that prohibits what is otherwise legal?

Last Friday, a federal jury awarded a former teacher in the Diocese of Fort Wayne-South Bend almost $2 million for what she claims was sex discrimination, the bulk of which was not for medical bills or lost wages, but for $1.75 million in “emotional and physical damages” she allegedly suffered.

And while the case looks narrow—was this female teacher fired when immoral male teachers were allowed to retain their jobs?—it involves a much bigger question: when can federal courts scrutinize the religious decisions of churches?

In 2008, Emily Herx, a junior high school language arts teacher at St. Vincent de Paul School in Fort Wayne, began IVF treatment. She notified her school principal about additional IVF treatment in 2010, and in April 2011 the church pastor met with Herx to inform her that IVF was morally wrong.

IVF is a multi-step procedure that usually involves stimulating a woman’s ovaries to cause multiple ovulation, collecting the eggs and fertilizing them with donor sperm in a petri dish (in vitro meaning “in glass”), developing embryos, selecting a few and implanting them back in the woman. Leftover embryos are usually frozen or destroyed. According to Catholic moral teaching, this process is objectionable in many different ways.

Because of her IVF treatment, Herx’s contract as a teacher was not renewed, and she sued the Diocese citing alleged violation of various federal laws. Some of her claims were dismissed by the court, but her sex discrimination claim went to a jury, which rendered a verdict last Friday finding the Diocese of Fort Wayne-South Bend liable under Title VII of the 1964 Civil Rights Act, a federal law prohibiting discrimination in employment on the basis of sex. Herx had argued that, although she was terminated for undergoing IVF treatments, the Diocese allegedly continues to employ male teachers who had received vasectomies and other treatments that interfere with natural reproduction.

Certainly, antidiscrimination law is very complicated, and at the front end, there is no substitute for common sense: why should someone seek employment at a place where they know they cannot live up to their contract or where they oppose their employer’s moral vision? Why should a gay couple actively seek out the one baker in town who opposes gay marriage? Why did Emily Herx seek to make her IVF treatments public? Each of these cases involves someone putting themselves in a bad situation, and then using the law as a club—each of these cases could have been avoided by exercising common sense.

Beyond that, however, what about the law? First, is this case similar to the 2012 Hosanna-Tabor case? In that case, the Supreme Court of the United States unanimously held that the Establishment and Free Exercise Clauses of the First Amendment bar ministers from suing their religious employers on employment discrimination grounds.

And the Court described a rather lengthy balancing test as to who qualifies as a “minister.” Certainly, on the one hand, Emily Herx was a language arts teacher and presumably did not formally teach religious education. On the other hand, her contract included a morals clause, and Catholic ecclesiology, particularly post-Vatican II, does stress that laypersons have a significant role to play in the life of the Church. Looking at Herx’s job duties and contract in context, it might be that the federal district court erred in applying Title VII to the Diocese at all. It might be that the First Amendment protects the Diocese in its hiring and firing decisions for Catholic school teachers.

As a matter of first principles, how should secular courts handle religious disputes? In American law, the answer is clear: err on the side of protecting, rather than harming, a church. To do otherwise is to chill the religious landscape in America. In the words of Justice Byron White:

It is a significant burden on a religious organization to require it, on pain of substantial liability, to predict which of its activities a secular court will consider religious. The line is hardly a bright one, and an organization might understandably be concerned that a judge would not understand its religious tenets and sense of mission. Fear of liability might affect the way an organization carried out what it understood to be its religious mission.

In the case of Emily Herx, Justice White’s words ring true—unless the jury award is reversed on appeal,

Will Catholic schools remain Catholic? With orthodox Jewish schools remain orthodox and Jewish? Or will such schools err on the side of caution, and sacrifice their moral mission at the altar of American law?

Whatever the end result, all reasonable people can agree on one thing: Emily Herx obtaining a court judgment for $1.75 million dollars for “emotional and physical damages” beyond her medical bills and lost wages appears to be an absurd result.