‘Public Education’ Should Fund Any Education, Not Just Government-Run Schools 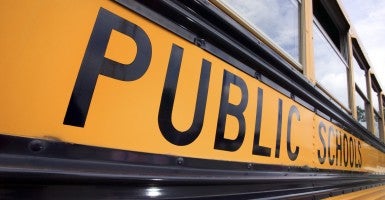 The case has brought forth a question that has been at the forefront of state and national debates over school choice: What is the definition of “public education,” anyway?

“It is important to distinguish between ‘schooling’ and ‘education.’ Not all schooling is education nor all education, schooling,” wrote Nobel Prize-winning economist Milton Friedman. “The proper subject of concern is education. The activities of government are mostly limited to schooling.”

School choice separates financing of education from delivery of services. Educational opportunity through school choice empowers parents with the ability to direct education funding toward a schooling option that best fits their child. Education is publicly funded, but parents can choose from a variety of delivery options.

School choice programs make sense: They operate with the conviction that every child is unique and has unique learning needs, and one-size-fits-all government-run schools have their limits and can’t always meet the needs of every student.

Although education choice is spreading rapidly–more than 300,000 children are now benefitting from private school-choice options–some states and school districts, such as Douglas County, Colo., are facing lawsuits over the constitutionality of school choice.

When the Douglas County Board of Education unanimously voted to create the Choice Scholarship Program in March 2011, it enacted the first district-level school choice program in the nation. Voucher programs are traditionally approved by state legislatures, but in Douglas County, the local district supports the funding and administration of the program. Subject to annual renewal, the program provides 500 tuition vouchers to students who are residents of Douglas County and have been enrolled in a Douglas County public school for at least one year. Eligible students can apply for the scholarships through a lottery system.

But in June 2011, the scholarships were rescinded when the American Civil Liberties Union of Colorado, the National ACLU Program on Freedom of Religion and Belief, Americans United for the Separation of Church and State and others filed suit, claiming the scholarship program violated the Public School Finance Act and six provisions in the Colorado constitution, including the establishment clause.

The ACLU won a preliminary injunction in district court. But in March 2013, the Colorado Court of Appeals overturned the ruling, rejecting the plaintiffs’ establishment clause claims. The appellate court applied the decision of the U.S. Court of Appeals for the 10th Circuit in Colorado Christian University v. Weaver, 534 F.3d 1245 (10th Cir. 2008) which held the First Amendment was infringed when financial aid was provided to students attending sectarian institutions but not to students attending “pervasively sectarian” institutions.

According to the decision, “In assessing facially neutral student aid laws, a court may not inquire into the extent to which religious teaching pervades a particular institution’s curriculum.” In other words, asking how “religious” a school is that receives funding is itself a form of anti-religious discrimination.

The Supreme Court of Colorado has a chance to uphold the first locally established school choice program in the country, but it also has a chance to reaffirm what the U.S. Supreme Court has already upheld: that public education is about educating students, not the physical space in which that education takes place. Above all, it’s about parents being empowered to choose options that are right for their children.

Other courts have decided this question already.

In Zelman v. Simmons-Harris (2002) the United States Supreme Court ruled in favor of Ohio’s Cleveland Scholarship and Tutoring Program, holding that a state-sponsored voucher program is not per se unconstitutional when the program is neutral with respect to religion and the “money follows the child.” This is so even where parents themselves choose to use the voucher monies to send their children to religious schools.

And in a landmark state ruling last year, the Indiana Supreme Court upheld the state’s voucher program stating that the program did not violate the state’s prohibition against using state funds to benefit religious institutions because the primary beneficiaries of the vouchers were the families who used them.

Hundreds of families in Douglas County, Colo., have waited three years to use their scholarships because of this suit. The Colorado Supreme Court has a chance to give those families the opportunity to direct their child’s education.