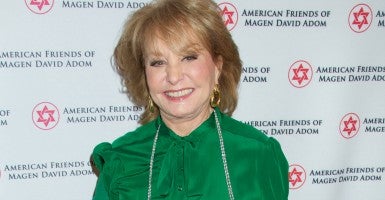 David Koch, a political activist on the right and billionaire business leader whose donations have earned him repeated mentions from Senate Majority Leader Harry Reid, made the list this year.

In an interview with Walters on ABC’s “This Week,” the normally reclusive Koch described a conservative fiscal policy as the “most important” determinant in his political donation decisions.

“What I want these candidates to do is to support a balanced budget,” Koch said. “I’m very worried that if the budget is not balanced that inflation could occur and the economy of our country could suffer terribly.”

Koch said he is “intensely” focused on economic matters above all because “if those go bad, the country as a whole suffers.” He also described himself as a “social liberal.”

Walters dubbed Koch “a hero to the right, a villain to the left,” but pointed to his extensive charitable donations as a key reason for her fascination.

“It seems like all David Koch does is give, give, give,” Walters said before highlighting a slew of Koch’s philanthropic donations.

Koch dismissed those who call him an “evil billionaire,” saying he wants his tombstone to read, “David Koch did his best to make the world a better place and that he hopes that his wealth will help people long after he has passed away.”