Fetal Surgery Still Considered ‘Radical’ in Europe and Other Countries 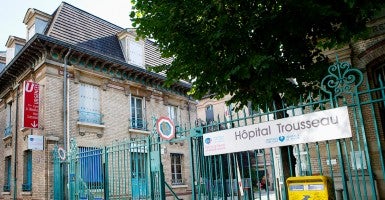 Fetal surgery has existed for more than three decades in the United States, but in many countries the life-saving procedure is just being introduced.

After noticing 90 percent blockage in the aortic valve and shrinkage of the left heart ventricle in a patient’s developing child, doctors operated on the fetus at 25 weeks of pregnancy.

Two weeks after the initial surgery was deemed a failure, the hospital’s chief pediatric cardiologist, Dr. K. Nageswara Rao, successfully reduced the blockage to 60 percent during a second procedure.

“A normal course in such cases is abortion. But we suggested an intervention that could save the life of the baby. … Now, this baby will be born healthy and will be normal once the remaining part of the correction is carried out,” said Rao, according to the International Business Times. Jean-Marie Jouannic and Michel Zerah. Their groundbreaking fetal surgery was performed at the Armand Trousseau Hospital in Paris. (Photo: Newscom)

The Daily Mail, a British newspaper, featured a story in November describing fetal surgery as “a radical new operation.” According to the report, a woman whose 20-week-old unborn daughter was diagnosed with spina bifida traveled to Belgium for the prenatal operation since England’s National Health Service “had no experience [with] the surgery.”

According to French 24, the Belgian hospital “was one in only four” European locations with the capability of performing prenatal surgery at the time of the woman’s operation in May 2014.

Japan’s National Center for Child Health and Development also has embraced the expansion of fetal surgery across the globe.

“This medical treatment is still on a learning curve,” states Tokyo’s National Center for Child Health and Development,” however, their results are getting better.”