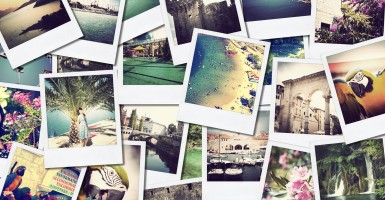 The omnibus appropriations bill the House will take up Thursday includes a measure to reauthorize Brand USA, the troubled corporation created by Congress to promote international visits to the U.S.

The charter for Brand USA is due to expire at the end of 2015, but the House has proposed reauthorizing it through 2020 and adding a few reporting measures in an attempt to correct the abuse of federal funds and conflicts of interest that have characterized the corporation (see page 217 of the omnibus bill).

The corporation works as a public-private partnership where funding from the private sector and local governments is matched by federal funding up to $100 million. Congress should think twice about giving blatant corporate welfare a second lease on life.

Here are three good reasons why:

But the figures are misleading to say the least. According to the Department of Commerce and the World Tourism Organization, the U.S. share of world travel has been growing slowly since the post-Sept.11 dip. America was the No.2 travel destination in the world last year and far and away had the most business – $140 billion was spent in the U.S. compared to half as much for the nearest competitor in the international travel market. The Department of Commerce expects more of the same, anticipating a 27 percent increase in international visits to America by 2019.

In other words, according to Curto’s claims, Visit California paid a dollar to Brand USA and got $1.30 back from the federal government. A similar arrangement was made with Visit Florida These agreements became expected by partnering organizations as a precondition for a “donation,” but were not disclosed in Brand USA reports to Congress.

Further, Brand USA allegedly inflated the market value of donations to increase the federal matching amount. Curto explained that in one such instance IMAX donated images to Brand USA at a self-appraised worth of $30 million. When the Department of Commerce required the pictures be appraised by an outside company, the pictures were valued at only $1 million. Consequently, Brand USA searched for a new appraiser who could value the pictures at $30 million – it found such a person at a used bookstore in California.

Ultimately, whether Brand USA increases international travel to the U.S. is beside the point. Americans would rightly be outraged if the federal government had created a corporation to promote “big oil” or “big business.” Corporate welfare to the tourism industry is no different.