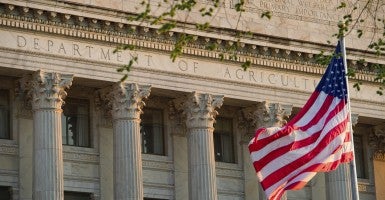 There is an old joke that a patient seeing his family doctor says, “Doc, when I do this, it hurts.” The doctor replies, “Stop doing that.” Only if Congress could entertain such simple logic. In the recently released budget it includes $372 million for Payment in Lieu of Taxes (PILT) funds. Additional funding for PILT is included in the National Defense Authorization Act (no relation to defense—go figure).

Unless you are a rural Westerner, you probably have no idea of what PILT is. In the West, where the government owns an absurd amount of land of which National Parks are only a fraction, counties struggle to raise enough tax revenue to pay for things like schools and emergency services. When Uncle Sam owns 70 percent, 80 percent, or even 90 percent of the county, it shrinks the tax base. Consequently, Congress provides PILT funds to areas struggling because of the huge federal footprint.

Here, however, is where it becomes clear that the patient (Congress) needs a psychologist rather than a family doctor. In the very same bill, Congress includes hundreds of millions of dollars for the federal government to buy more land with monies from something called the Land and Water Conservation Fund. This is despite the fact that the federal government is making PILT payments precisely because of the harm caused by the enormous federal estate. The federal government already owns over 600,000,000 acres. (See here for just how much that is.) Yet, in the read it to see what’s in it budget, Congress includes funds for Land and Water Conservation Fund purchases by numerous federal departments and agencies including: