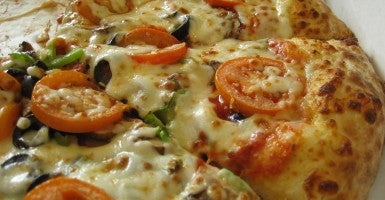 Two state labor officials have publicly acknowledged there are ample opportunities for “community organizers” and labor unions to partner with government agencies to enforce workplace laws and regulations against American businesses.

A union operative knew about the government’s lawsuit before the Papa John’s pizza franchisee did.

Last week, The Daily Signal reported on such a case involving a Papa John’s franchisee in New York.

In that case, a union official knew about the government’s lawsuit before the pizza franchisee did. Kendall Fells of Fast Food Forward and the Service Employees International Union generously praised New York Attorney General Eric Schneiderman when he announced he was taking the pizza franchisee to court on behalf of workers who claim they were underpaid.

The lawsuit alleges workers were underpaid. The state attorney general, like the unions, called it “wage theft.”

At the conclusion of the Center for American Progress panel discussion after Labor Secretary Thomas Perez spoke, The Daily Signal asked Gerstein, the labor official from the New York attorney general’s office, about the role of outside groups in the Papa John’s case and lawsuits against other businesses.

“Cases come to us from a variety of sources,” she said. “They could be business competitors, or elected officials who are hearing complaints from constituents, or they could be unions. But we do our own independent and very thorough investigations. We would not waste our time if there is not enough evidence. With Papa John’s, there were several violations.”

During the panel discussion, Su, the California labor commissioner, said partnerships between government agencies and community organizations are helpful because these community groups “often have the trust of the people in a way the government does not.”

Nathan Mehrens, a lawyer in the U.S. Labor Department under President George W. Bush, is currently pursuing government documents in the Papa John’s case on behalf of Americans for Limited Government.

“We’d like to know what the relationship is between the AG’s office and outside groups to see if they had any prior knowledge of the suit,” said Mehrens.

Americans for Limited Government has filed additional Freedom of Information Act requests with the U.S. Equal Employment Opportunity Commission. Those requests seek EEOC communications with Saru Jayaraman, co-director and co-founder of ROC-United, and with Fells, the Fast Food Forward organizer.

The collaboration between unions and government isn’t all that surprising, said James Sherk, a senior policy analyst in labor economics at The Heritage Foundation.

“Unions have become adept at using government agencies to put pressure on employers they want to unionize,” Sherk said. “It is part of a shift in tactics from trying to persuade workers that unionizing benefits them to trying to hurt nonunion companies enough that they agree to unionization.”

Sherk said unions often will threaten to bring charges against a company unless it agrees to both waive its employees’ right to a secret ballot unionizing election and to not educate its employees about the downsides of unionizing.

“If the company refuses,” Sherk said, “the union files charges—sometimes legitimate and sometimes trumped up. The government should not let unions use it as a tool in organizing drives.”