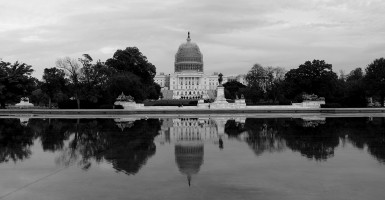 As members of the House and Senate prepare to vote on the annual National Defense Authorization Act, it appears the bill will be saddled with extraneous non-defense measures.  This threatens the integrity of both defense policy and the NDAA process.

This legislative practice–tying together unrelated provisions to secure votes for bad policy–is so frequent that Washington has a nickname for it: logrolling. Especially common during lame duck congresses, it is endemic of the kind of lawmaking that draws the ire of the American people and deepens distrust of their elected leaders.

Some of the provisions being discussed include a Women’s History museum and a grab-bag of land-related provisions: designation of nearly a quarter of a million additional acres in federal wilderness; four new national parks; three new Wild and Scenic Rivers; and 16 extensions of controversial National Heritage Areas and Corridors. These measures have no place in a defense authorization bill and serve only to politicize and muddle the debate over the most important constitutional role that the federal government has: providing for the common defense.

As the world continues to become more dangerous and a strong national defense becomes increasingly imperative, lawmakers should remain cognizant of both the short term and long term implications of marrying unrelated provisions to the NDAA. Tying egregious land grabs and other policies to defense authorizations sets a dangerous precedent.  If such actions continue, there will gradually be less focus on the important defense-related policies in the NDAA and more scrutiny of these sorts of extraneous provisions, threatening the entire defense authorization.

Since the arrival of the class of 2010 to Capitol Hill, many have predicted that the Tea Party’s emphasis on fiscal restraint would serve to undermine the Republican Party’s commitment to a strong defense. Those predictions have not come to pass. But the marriage of security conservatism and limited government conservatism depends on an appropriate respect paid by Congress to both priorities. Advocates for a robust defense budget will find fewer allies over time on the right if they accept pork within the defense reauthorization. The danger is not merely that some day, a future NDAA roll call will end poorly, requiring a last-minute scramble for votes; it is that the conservative three-legged stool may begin to break as once feared.

This need not and should not be so. Undermining policies that are literally life-and-death is not in our nation’s interest, but that is the path this Congress is preparing to take.  Congress has successfully passed the NDAA every year for the past half century, overcoming ideological divides in order to appropriately authorize and prioritize defense measures needed to defend the United States. That trend should continue. That means treating the NDAA with the seriousness that it deserves, not as a legislative Christmas tree for Congress to ornament with unrelated pet projects.