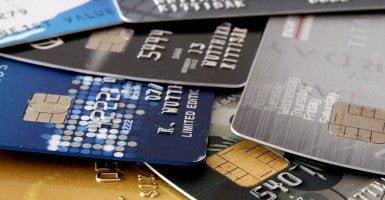 Data on consumer spending show that spending on health insurance surged 42 percent from 2007 to 2013, according to analysis by the Wall Street Journal. The rise reflects the increasing cost of health insurance and the Affordable Care Act’s requirement that everyone buy extensive health insurance.

Another feature shown by the data is the movement away from home ownership and associated costs. Families are more likely to rent than in 2007, so mortgage spending is down and rent spending is up. Some of the other categories where spending fell – appliances and furniture – are complements to home-owning. Spending increases are not the same as cost increases. Home internet and mobile phones are the fastest growing expenditure categories because new services are available, not because of rising costs on old services. It’s a good thing when increased spending comes from more people choosing to buy better services.

As any Black Friday shopper can tell you, consumers are happy when they get more goods for lower unit costs. Congress can augment buying power by repealing policies that raise costs, such as trade barriers, the fuel ethanol mandate, and of course Obamacare. Reducing the cost of food, gasoline and health insurance would give American consumers more choice and extra disposable income.