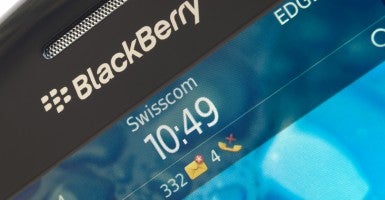 Will employers be able to email employees after work hours? (Photo: Getty Images)

Germans refer to “Close of Business” as Feierabend, which literally translated means something like party night. Now some in Germany want to impose a work communications blackout during this sacred time.

Germany already mandates a host of labor policies, including a minimum of 24 paid vacation days plus holidays and 14 weeks of paid maternity leave.

The recently proposed no-work-communications-after-hours regulation would forbid employers from contacting their employees via email or phone call past their scheduled working hours.

Hanns Pauli, health and safety expert for the Federation of German Trade Unions, suggested that contacting workers after hours “crosses a sacrosanct line in Germany between work and leisure,” according to NPR. German Labor Minister Andrea Nahles is reportedly calling for an “anti-stress regulation.”

As is so often the case, nanny state policies like this one being considered in Germany, end up hurting workers the most, in contrast to the policies’ stated intentions.

In the same way that the Obamacare employer mandate is hurting Americans’ full-time employment prospects, mandated benefits are pushing many Germans to accept part-time, or contract work—because companies are less likely to hire full-time permanent employees, due to the amount of regulations. Between 2000 and 2010, the number of Germans in part-time employment rose by 43 percent. Among men, the number doubled during this period.

A no-work-communications-after-hours policy could harm parents in particular. Rigid, inflexible work policies are exactly the wrong medicine for improving work-life balance. Many parents value being able to leave the office some afternoons to see their kid’s soccer game and don’t mind making up for lost work time after dinner, for example. Such arrangements would get harder to come by.

Moreover, it is unclear that a sizable portion of employees are bothered by email after hours. According to polling by the German health insurance carrier DAK, a mere 4 percent of employees strongly object to reading their work email after hours and on the weekend. Many find it helpful to be able to combine leisure time and work thanks to electronic communication devices. Nevertheless, some companies have chosen to literally pull the plug, like Volkswagen which turns off its email servers after hours.

Instead of a misguided one-size-fits-all solution to what seems at this point to be a largely imagined problem, the best policy is one arrived at by mutual consent between employers and their employees. The good news is that Angela Merkel has shown little interest in burdening the German economy with even more labor regulations.

Romina Boccia is a native of Germany.