Study: State Governments Are in a $4.7 Trillion Hole 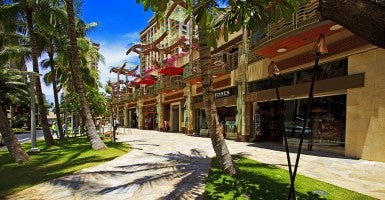 HONOLULU — A new report from State Budget Solutions, a national nonprofit organization focusing on states’ fiscal responsibility, warns it’s time for newly elected state officials in Hawaii and throughout the country to address unfunded liabilities in the retirement system.

The report finds Hawaii has $30 billion in unfunded liability–money promised to state and municipal employee retirees for health care and pensions but not appropriated by lawmakers. That’s $21,852 per person, seventh-highest in the nation, according to Joe Luppino-Esposito, the study’s author.

He said Hawaii’s Employees’ Retirement System is only 29 percent funded, and the unfunded portion amounts to 41 percent of the state’s gross domestic product.

State officials say the pension system is 60 percent funded and thus only $8.5 billion in arrears. But the state assumes the plan will average 7.75 percent in investment growth, a figure Luppino-Esposito calls “far too high.”

Hawaii is far from alone. The SBS report, which reviewed 250 plans, found state governments are in a $4.7 trillion hole. Liabilities have increased roughly $600 billion since last year. The average state public pension plan is only 36 percent funded, the report said.

Wes Machida, executive director of Hawaii’s Employees’ Retirement System, acknowledged there are some elements in the study to which the state should pay attention.

Hawaii is trying to address it through increased contributions. Legislation passed in 2011 requires employees to pay between 6 and 14.2 percent of their checks into the fund and for employers to pay 17 percent for most employees and 25 percent for police and fire. Also, employees now must work 10 years, instead of just five, to become vested in the system.

“There are concerns about employers being able to make those kinds of contributions,” Machida said. “At some point down the road, this will likely be an issue for Hawaii. The requirements will be so high as to outgrow what is available in the general fund. That is a possibility if we don’t do something to help with the situation.”

Even using the state’s modest estimates–that another $8.5 billion is needed to cover unfunded liabilities or future payments owed to the more than 115,000 people in the system, including all retirement income, death and termination benefits–Hawaii won’t be able to cover that amount for decades.

Further complicating matters: The average life expectancy for members in Hawaii is 82 to 83 years of age, much greater than the national average, Machida said.