Why Does Washington Want to Hide Science Data From the Public? 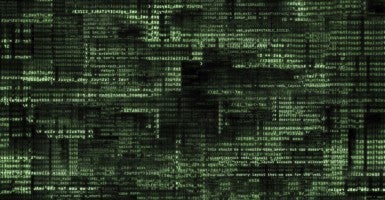 When federal bureaucrats drive up costs for American families and businesses through heavy-handed regulation, it shouldn’t be too much to ask for a solid scientific underpinning for that regulation.  And it shouldn’t be too big of a burden for the federal government to make its data available to the public.  Congressman David Schweikert’s, R-Ariz., Secret Science Reform Act (HR 4012) would address this.

HR 4012 would force the Environmental Protection Agency to disclose all scientific and technical information before proposing or finalizing any regulation.  Doing so would allow for independent analysis and allow qualified experts to reproduce the results.  The public would have access to the data, computer codes and models, as well as descriptions as to how to use and run the data. The legislation would be an important check on an agency running rogue and landing punch after punch to the American economy.

Rep. Lamar Smith, R-Texas, chair of the House Committee on Science, Space and Technology, wrote in the Wall Street Journal that he “received a letter of support for the Secret Science Reform Act that was signed by more than 80 scientists, including physicians and professors of environmental science, physics, statistics, economics and engineering.” He added:

The signatories included George Wolff, former chair of the EPA’s Clean Air Scientific Advisory Committee in the Clinton administration, and Forrest J. Remick, former commissioner of the U.S. Nuclear Regulatory Commission in the George H.W. Bush administration. They wrote that the bill would ‘make the agency’s regulations more accountable, credible and enforceable‘ and that its transparency requirements ’can be accomplished without imposing unnecessary burdens, discouraging research or raising confidentiality concerns.’

The federal government has been blazing a regulatory trail that significantly increases the compliance costs for businesses. Those businesses then in turn pass those costs onto families.  If a company absorbs the costs, it will prevent them from investing, innovating and employing.

You might be thinking: The environmental benefits we receive through cleaner air justify the massive costs imposed on our economy. But that’s not the case.

The fact is that federal bureaucrats are regulating all aspects of the economy at extreme costs where the marginal benefits are almost nil. At the heart of this matter is Particulate Matter or PM 2.5. According to a Senate Environment and Public Works Committee minority report, “up to 80 percent of the benefits associated with all federal regulations are attributed to supposed PM2.5 reductions.”

To illustrate how this works, consider the Environmental Protection Agency’s mercury air and toxic rule. The EPA claims that the mercury air and toxics rule would produce $53 billion to $140 billion in annual health and environmental benefits. But the agency vastly overstates the environmental benefits by including estimated benefits from reducing particulates already covered by existing regulations.  Not including these particulates lowers the projected benefit to only $6 million, at most. In other words, these co-benefits account for 99.996 percent of the agency’s estimated benefits – much of that being PM2.5 co-benefits.

Here’s where the secret science comes in.  The two studies that represent the scientific foundation  for 1997 ozone and PM2.5 National Ambient Air Quality Standards are highly questionable and the data concealed, even though the studies were paid for by federal taxpayers and thus should be public property.   Because the data is unavailable to the public, the two studies used to justify the federal government’s regulatory ambush have never been reproduced, independently verified or validated in any way.  In fact, even without the data available, the studies have come under intense criticism.

Opponents of HR4012 label the bill as anti-science and a roadblock for the agency.  But the reality is the bill is simply anti-secret science.  Is that too much to ask for from a taxpayer-funded agency?

Furthermore, a roadblock is just what this agency needs to prevent bureaucrats from unjustifiably extracting trillions out of the American economy and destroying millions of jobs for no meaningful environmental benefit.

In March 2009, President Obama released a White House memo stressing that “the public must be able to trust the science and scientific process informing public policy decisions. Political officials should not suppress or alter scientific or technological findings and conclusions.”   If that’s the case, the administration should welcome an opportunity to give the public access to the science and data to ensure politicians aren’t altering the outcomes.