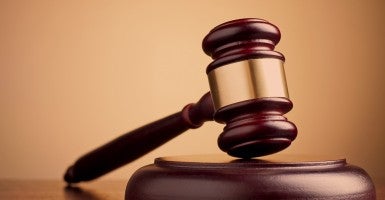 Earlier today, the U.S. Court of Appeals for the 6th Circuit overruled lower court decisions that had struck down state laws defining marriage as the union of a man and a woman.

Today’s decision helpfully explained why these laws are constitutional, why it is reasonable for citizens to support such laws, and why arguments for court-imposed redefinition of marriage do not succeed. It also sets the stage for marriage to return to the U.S. Supreme Court.

Democratic Process and the Role of the Court

Our judicial commissions did not come with such a sweeping grant of authority, one that would allow just three of us—just two of us in truth—to make such a vital policy call for the 32 million citizens who live within the four states of the Sixth Circuit.

In a similar fashion to a ruling last month from a federal judge in Puerto Rico, the 6th Circuit today noted that no Supreme Court precedent requires the judicial redefinition of marriage—and that the Supreme Court’s ruling on the federal Defense of Marriage Act case supports the authority of states to make marriage policy.

Indeed, “From the founding of the republic to 2003, every state defined marriage as a relationship between a man and a woman, meaning that the 14th Amendment permits, though it does not require, states to define marriage in that way.”

Judicial humility and respect for citizens lie at the heart of the opinion:

A dose of humility makes us hesitant to condemn as unconstitutionally irrational a view of marriage shared not long ago by every society in the world, shared by most, if not all, of our ancestors, and shared still today by a significant number of the states.

So why do states define marriage as a male-female union? The court provides two answers.

Imagine a society without marriage. It does not take long to envision problems that might result from an absence of rules about how to handle the natural effects of male-female intercourse: children. May men and women follow their procreative urges wherever they take them? Who is responsible for the children that result? How many mates may an individual have? How does one decide which set of mates is responsible for which set of children? That we rarely think about these questions nowadays shows only how far we have come and how relatively stable our society is, not that States have no explanation for creating such rules in the first place.

Indeed, the court concludes that “one can well appreciate why the citizenry would think that a reasonable first concern of any society is the need to regulate male-female relationships and the unique procreative possibilities of them.” While people don’t “need the government’s encouragement to have sex” or “to propagate the species,” they “may well need the government’s encouragement to create and maintain stable relationships within which children may flourish.”

And this need for marriage policy is based on human nature: “It is not society’s laws or for that matter any one religion’s laws, but nature’s laws (that men and women complement each other biologically), that created the policy imperative.”

Marriage policy provides an “incentive for two people who procreate together to stay together for purposes of rearing offspring.”

The court also notes that proceeding with caution when considering the fundamental institution of society is also a rational basis for voters to define marriage as it has historically been.

Part of the beauty of federalism is that experimentation can take place in the states: “federalism … permits laboratories of experimentation—accent on the plural—allowing one State to innovate one way, another State another, and a third State to assess the trial and error over time.”

Here the court points to the long tradition of rationality undergirding marriage laws and the importance of caution when making so fundamental of a change:

How can we say that the voters acted irrationally for sticking with the seen benefits of thousands of years of adherence to the traditional definition of marriage in the face of one year of experience with a new definition of marriage? A state still assessing how this has worked, whether in 2004 or 2014, is not showing irrationality, just a sense of stability and an interest in seeing how the new definition has worked elsewhere. Even today, the only thing anyone knows for sure about the long-term impact of redefining marriage is that they do not know. A Burkean sense of caution does not violate the 14th Amendment, least of all when measured by a timeline less than a dozen years long and when assessed by a system of government designed to foster step-by-step,  not sudden winner-take-all, innovations to policy problems.

The court also explains why a variety of arguments for the judicial redefinition of marriage fail.

First, the court points out that the arguments both prove too much and too little: “Their definition does too much because it fails to account for the reality that no State in the country requires couples, whether gay or straight, to be in love.”

At the same time the definition proves too much for it would have no limiting principle. It would lead to the redefinition of marriage to include every consenting adult relationship. As the court explains:

Their definition does too little because it fails to account for plural marriages, where there is no reason to think that three or four adults, whether gay, bisexual, or straight, lack the capacity to share love, affection, and commitment, or for that matter lack the capacity to be capable (and more plentiful) parents to boot.

The court also rules that animus did not drive the voters in these states to define marriage as they have and that the Constitution does not include a fundamental right to same-sex marriage. As the court notes, fundamental rights are “deeply rooted in this Nation’s history and tradition” and “implicit in the concept of ordered liberty,” such that “neither liberty nor justice would exist if they were sacrificed.”

So what about the right being implicit because of “bedrock assumptions about liberty”? The court’s answer: “This too does not work.”

Nor do appeals to interracial marriage. As the court rightly notes, the Supreme Court decision that struck down bans on interracial marriage, Loving v. Virginia, “addressed, and rightly corrected, an unconstitutional eligibility requirement for marriage; it did not create a new definition of marriage.”

And while the court acknowledges that same-sex couples have experienced unjust discrimination, marriage laws are not part of that phenomenon:

But we also cannot deny that the institution of marriage arose independently of this record of discrimination. The traditional definition of marriage goes back thousands of years and spans almost every society in history. By contrast, “American laws targeting same-sex couples did not develop until the last third of the 20th century.”

The Role of the Courts and the People

Today’s decision pointed out that in our system of government, a change to marriage, if it should come, should occur “through the customary political processes, in which the people, gay and straight alike, become the heroes of their own stories by meeting each other not as adversaries in a court system but as fellow citizens seeking to resolve a new social issue in a fair-minded way.”

Indeed, “When the courts do not let the people resolve new social issues like this one, they perpetuate the idea that the heroes in these change events are judges and lawyers.”

The opinion closes by noting that “not a single U.S. Supreme Court Justice in American history has written an opinion maintaining that the traditional definition of marriage violates the 14th Amendment.”  And it went on to add: “No one would accuse the Supreme Court of acting irrationally in failing to recognize a right to same-sex marriage in 2013. Likewise, we should hesitate to accuse the states of acting irrationally in failing to recognize the right in 2004 or 2006 or for that matter today.”

Ultimately, the 6th Circuit ruled that it would not usurp the authority of the American people to discuss, debate and make marriage policy. The ruling argued that change could come in one of two ways: through a judicial usurpation of politics or through the political process. And the court rightly refused to take the former course. It would leave to the people the question of whether to take the latter.

The court argued that it “is dangerous and demeaning to the citizenry to assume that we, and only we, can fairly understand the arguments for and against gay marriage.” No, judges alone should not have this discussion—all Americans should.