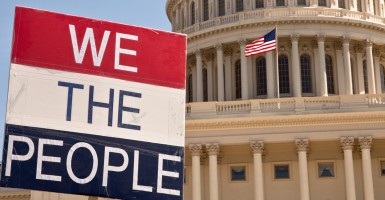 If Republicans should capture the Senate and retain their majority in the House of Representatives, can they move America toward greater freedom, opportunity and prosperity in the next two years? Or, as some cynics claim, will a conservative Congress and a liberal president simply produce more of the divided uber-partisan government that has characterized Washington politics the last two years?

In fact, there is much that a conservative Congress can propose and dispose in a wide variety of areas from the economy and the role of government to foreign policy, national security and the judiciary. With one eye on his legacy and another on the 2016 elections, President Obama will not dare veto or block every conservative proposal.

Today, because of American ingenuity and technological skill, the United States has become the world’s leading oil and natural gas producer. A top priority of the new Congress should be to secure the approval of the Keystone XL pipeline to ensure our No.1 standing.

The tax code has become so cumbersome and complicated that even Ernst and Young is not sure what is in it. A congressional priority should be a reformed code with a flat, fair rate for all. A corollary reform would be to lower the corporate tax—now the highest in the industrialized world–so that U.S. corporations will stop moving overseas and stay home.

It is unacceptable that we now have a national debt of nearly $18 trillion, about $300,000 per American family. Federal spending must come down, starting with what might be called “Operation Just Say No.” In its oversight role, Congress should push to combine and eliminate the 80 different education programs aimed at improving teacher quality, the 80 different transportation programs that serve disadvantaged individuals, the 80 different welfare programs, the 45 different job training programs.

Under the Constitution, a primary obligation of the federal government is to provide for the common defense. But according to Heritage Foundation research, the Army is on a dismal track to 50 percent of the size needed to meet national security demands. Similarly, the Navy is scheduled to be downsized to 250 ships, far below what is needs to help protect our security. In contrast, President Reagan knew that we must have a strong military and a strong foreign policy to deter threats before they materialize.

Congress should propose common-sense solutions for the problems of immigration—beginning with secure borders, welcoming high-skilled workers and simplifying the process for legal immigrants. We should be more concerned with treating fairly the 4.4 million people waiting for a green card rather than the 11 million illegal immigrants already here.

Other possible reforms include the elimination of Fannie Mae and Freddie Mac, the Transportation Empowerment Act by which states can set their own transportation policy, rejection of Common Core standards, education savings accounts, the prohibition of federal discrimination against individuals and organizations on the basis of their religious beliefs, market-driven health care–not government-approved and taxpayer-subsidized health plans.

And then there is what could be most important issue of all—the Senate confirmation of a Supreme Court nomination. We do not know if one of the present justices will retire or become so ill as to be obliged to resign, but history suggests it could happen sometime in the next two years. Facing a conservative Senate, the president will necessarily be circumscribed in his choices and his goal of enshrining a “living” Constitution.

So, what difference can a conservative Congress make? Literally, all the difference in the world.