Who’s Up, Who’s Down: 11 Hot Senate Races on Election Day 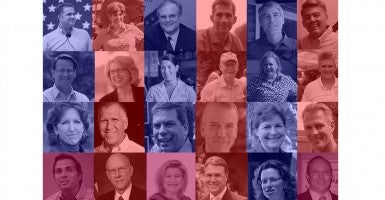 With only hours to go before the polls open on Election Day, six races that could determine whether Republicans take back the U.S. Senate look to be tight as a tick.

Of the nine Senate races identified by The Daily Signal as instrumental to the balance of power, just one — Iowa — is a tie, according to the most recent polling.

In five others, the Democratic and Republican candidates are within two points of one another, the latest polls show.

The Daily Signal examined the most recent surveys and polling averages from Real Clear Politics for those nine races, and also added the Senate races in Kansas and Georgia to the mix since they became more competitive as Election Day drew closer.

In Louisiana, voters will head to the polls for an open primary and have the pick of nine Senate candidates. If one doesn’t get more than 50 percent of the vote, the top two vote-getters move to a runoff Dec. 6.

A similar situation could happen in Georgia, where a runoff election will occur in January if one hopeful candidate doesn’t edge past 50 percent.

Check out where these 11 hot races stand, according to the latest poll and polling average in each contest.