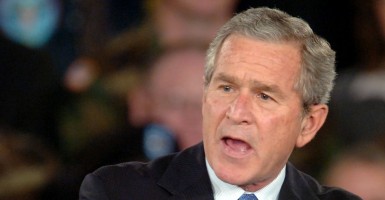 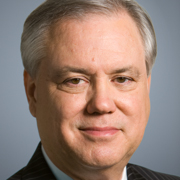 What’s going on? We’ve been told “Bush lied” about Iraq having weapons of mass destruction (WMD). Now we learn they’ve been showing up in the thousands and are toxic enough to injure people.

The Times reporter stressed that the discovered items had been manufactured before 1991, arguing that they shouldn’t count as evidence of active WMD programs which the Bush administration had “claimed as an excuse for embarking on the Iraq war.”

And the compliance issue was at the very core of the Bush administration’s case against Iraq at the United Nations.

Saddam used chemical weapons late in the Iran-Iraq war. In March 1988, he used them against his own people, killing up to 5,000 Iraqi Kurds. The U.N. Security Council passed numerous resolutions documenting the legal case against Iraq over WMD. On April 3, 1991, the Security Council passed Resolution 687, requiring Iraq to destroy all of its nuclear, chemical and biological weapons, and missiles that could deliver them. The United Nations Special Commission (UNSCOM) was established to ensure Iraq’s compliance.

Fast-forward to 2002 and U.N. Security Council Resolution 1441, negotiated by the Bush administration. It “deplored” the fact that Iraq still had not provided “accurate, full, final, and complete disclosure” of its weapons programs as required by Resolution 687.

Even Hans Blix, the head of the United Nations Monitoring, Verification and Inspection Commission that followed UNSCOM, conceded as much. He expressed frustration with Iraq’s failure to account for the vast store of chemical and biological agents it was known to have had. At one point Mr. Blix called the inability to verify all aspects of the WMD program “perhaps the most important problem we are facing.”

It is understandable that the world wanted to know the reliability of U.S. intelligence, but it should not have turned its eye away so quickly from the central issue of Iraqi compliance with international law. Once the war began, it was all about finding active programs — a narrative the Bush administration inexplicably let grow. Forgotten were all those pesky “technical” details about how “serious consequences” would befall Iraq if Saddam did not comply with those Security Council resolutions, which he most assuredly did not.

Which brings us back to The New York Times story. Finding stockpiles of chemical munitions clearly didn’t mesh with the “Bush lied, people died” narrative. The reporter seems to have seized on the 1991 date and the secondary issue of “active” programs to explain it away.

The diplomatic record shows that the U.S. argued at the Security Council that Saddam was in “material breach” of his obligations on inspections. Some of the evidence provided by the U.S. of active programs turned out to be wrong, but the context was to raise questions about what was not known, and thus to drive home the fact that Saddam was not meeting his obligations to the United Nations, something which normally would matter to people who take the U.N.’s every word as gospel.