Why the Sugar Program Should Be Eliminated 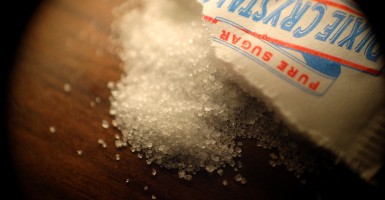 Rep. Ted Yoho, R-Fla., has introduced a resolution that allegedly would eliminate domestic sugar subsidies after numerous other countries got rid of their subsidies.

This “zero-for-zero” plan, which has been pushed by U.S. sugar growers, is based on a seriously flawed premise: that the United States shouldn’t eliminate damaging economic policies if other countries have similarly self-destructive policies.

Subsidies are bad policy regardless of what other countries do. They can distort markets, increase costs to consumers and taxpayers, reduce competition and discourage innovation, among other things.

The U.S. sugar program is no exception. Under this program, the federal government tries to control how much sugar can be sold in the country through price guarantees, marketing allotments that limit how much sugar processors can sell each year and import restrictions that reduce the amount of imports.

A Department of Commerce report highlighted the cost of the sugar program, including high domestic sugar prices and lost jobs. According to the report, “For each sugar-growing and harvesting job saved through high U.S. sugar prices, nearly three confectionery manufacturing jobs are lost.” A May 2013 Iowa State report found that getting rid of the sugar program would save consumers up to $3.5 billion each year.

Here’s how Rep. Yoho’s resolution would work if implemented:

1) The president would seek to eliminate direct and indirect sugar subsidies, which aren’t defined, from numerous countries through trade agreements.

2) Once every country that “exported more than 200,000 metric tons of sugar during 2013 and any other country with which the United States has in effect a free trade agreement” has eliminated all their subsidies, as determined by the president, then the president should provide detailed information regarding the elimination of these subsidies to Congress.

3) Then, “the [p]resident should propose to Congress legislation to implement a ’zero-for-zero’ sugar subsidy policy.”

On its face, the only way the sugar program would be reformed is if this incredible number of countries eliminated all their subsidies (presumably that would mean enacting laws to do so) without the same action (or even a legitimate promise to do so) by the United States. The resolution doesn’t even call for Congress to introduce legislation, much less to pass it. Basically, all these countries would have to get rid of their sugar subsidies before the United States would even consider reform.

Unfortunately, and surprisingly, a small number of conservative groups have supported this “zero-for- zero” approach. In part, their reasoning is sugar reform hasn’t succeeded, so this is a better approach. That’s an odd argument coming at a time when sugar reform has so much momentum—both the House and Senate came close to adopting sugar reform amendments to their respective farm bills. It’s also odd given how flawed this “zero-for-zero” scheme is from a policy and practical perspective.

It’s past time for the harmful sugar program to be repealed, and no smoke-and-mirrors “plan” should detract from this critical objective. The “zero-for-zero” plan doesn’t promote economic well-being; it’s a plan to keep the status quo of massive protection for sugar producers at the expense of millions of other Americans.