How the Decline in Marriage Is Fueling Inequality 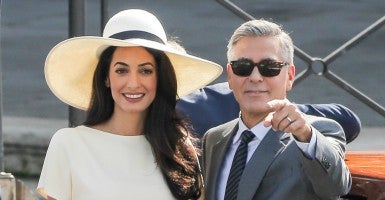 That’s according to a new study from the American Enterprise Institute and the Institute for Family Studies, authored by W. Bradford Wilcox and Robert Lerman. Marriage’s economic benefits are numerous, according to the study. Being raised by married parents is connected to better economic wellbeing for young adults. So is being married as an adult.

Middle-aged married men make about $19,000 more on average compared to their single peers.

Young men and women raised by married parents earn an average of $6,500 more annually and $4,700 more) annually respectively compared to their peers from single-parent families.

Eighty-four percent of men with a high school degree or less were employed, as of last year, compared to only 67 percent of unmarried men.

Since the 1970s, the decline in male employment has been highest among unmarried men. As the researchers point out, between 1979 and 2008 married fathers between 25-50 years old have had a fairly consistent rate of employment. As of 2013, 90 percent of married 25-50-year-old men were employed or serving in the military–compared to only 75 percent of unmarried men.

Even getting the conversation started is an important start. As Wilcox and Lerman express, “Making family patterns a central topic could itself alter the narratives that affect individual and policy decisions and thus limit the damage.” Promoting the importance of marriage, looking for ways to reduce marriage penalties in current means-tested welfare programs and engaging leaders at every level to find ways to strengthen marriage in their communities are other critical steps to take to restore a culture of marriage.

On Wednesday, Oct. 29, Heritage Foundation will host an event, “Opportunity in America: What It Means and How It Grows – The 2014 Index of Culture and Opportunity.” RSVP here.

This article has been corrected to reflect that the study was released by American Enterprise Institute and the Institute for Family Studies, not the National Marriage Project.