The Real Story on How Much Obamacare Increased Coverage 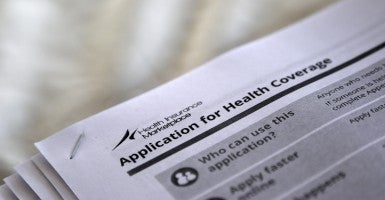 We now have the Medicaid and private-market health insurance enrollment data for the second quarter of 2014 needed to complete the picture of how Obamacare’s rollout affected coverage.

>>> Obamacare’s Effects on Health Insurance, Explained in One Infographic

The second quarter data captures enrollments that occurred during the last two months of the open enrollment period, or which were otherwise delayed due to the numerous problems experienced by the exchanges, and so did not take effect until after the end of the first quarter.

Our analysis of the data is reported in more detail in our latest paper, but our key findings are that in the first half of 2014:

When it comes to covering the uninsured, Obamacare so far is mainly a simple expansion of Medicaid.

Thus, while most of the attention this year focused on the new health insurance exchanges, the data indicate that a significant share of exchange enrollments were likely the result of a substitution effect—meaning that most of those who enrolled in new coverage through the exchanges already had coverage through an individual-market or employer-group plan.

Given that increased enrollment in Medicaid accounted for 71 percent of the net growth in health insurance coverage during the first half of 2014, the inescapable conclusion is that, at least when it comes to covering the uninsured, Obamacare so far is mainly a simple expansion of Medicaid.

The 2015 exchange open enrollment period is scheduled to start less than a month from now (on Nov. 15), while enrollment in state Medicaid programs occurs year round. When the resulting enrollment data for the next phase of Obamacare become available it will be interesting to learn: