Uncle of Benghazi Victim: Will We Ever Learn? 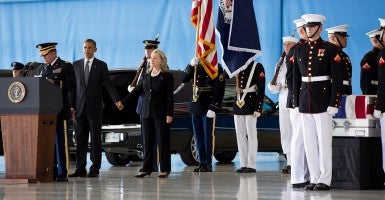 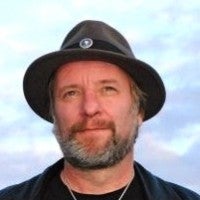 Michael Ingmire is a musician, writer and activist living in North Carolina. He is the uncle of Benghazi victim Sean Smith and has been an active voice in the pursuit of truth and accountability about Benghazi.

Most news accounts of the attack on Benghazi say it cost the lives of U.S. Ambassador Chris Stevens and three other Americans.

My nephew Sean Smith was one of those other Americans.

It’s been a frustrating two years since Sean died serving his country on Sept. 11, 2012. There have been countless news reports, multiple congressional investigations and more than one set of recommendations that either should’ve been followed before the attacks or that should be addressed going forward.

But when it comes to definitive answers on what happened, how and why my nephew died that night, and what might be done to prevent such tragedies in the future, we’re still waiting and wondering and hurting and asking.

That’s why I made the journey from my home in North Carolina to the first hearing of the Benghazi Select Committee on Sept. 17.

It is important for me and my family to get to the truth and to honor the memory of my nephew, who was an information officer for the State Department.

As I sat in the hearing room in the U.S. Capitol, I considered the history of the moment. I thought back to similar hearings on Watergate and Iran-Contra. I believe Benghazi ranks with them on the list of the biggest cover-ups in American history.

The hot, white lights reminded me that sometimes the brightest light is needed to uncover the darkest truth.

The approach by the committee, particularly the bipartisan cooperation between the chairman, Rep. Trey Gowdy, R-S.C., and ranking member, Rep. Elijah Cummings, D-Md., gave me confidence this is a serious investigative body with little to none of the partisan grandstanding that marred earlier Benghazi hearings before the House Committee on Oversight and Government Reform. A burnt building is seen at the United States consulate, one day after armed men stormed the compound and killed the U.S. Ambassador Christopher Stevens and three others in Benghazi, Libya on September 12, 2012. (Photo: Tariq AL-hun/Newscom)

Then the hearing began. Its focus and the ramifications of what it covered horrified me both as an American citizen and a Benghazi victim family member.

The hearing dealt with the Benghazi Accountability Review Board report produced nearly a year earlier by Adm. Mike Mullen and Ambassador Thomas Pickering.

The history of Accountability Review Board reports—whether about Beirut, Kenya or Benghazi—shows the State Department accepts the conclusions, promises to do better, then does little to implement the substantive security recommendations.

A truly revelatory moment occurred when Gowdy quoted from an Accountability Review Board report: “We are disturbed at the inadequacy of resources to provide security against terrorist attacks. We are disturbed at the relative low priority accorded security concerns, and we praise the ambassador for seeking security enhancements before the attack.” Patricia Smith, mother of American Sean Smith who was killed in the Benghazi attack, wipes away tears while testifying during the US House Oversight and Government Reform Committee hearing on ‘Reviews of the Benghazi Attacks and Unanswered Questions’, on Capitol Hill September 10, 2013. (Photo: Michael Reynolds/Newscom)

Only that report was not about Benghazi. It was written in 1999 about the 1998 attack on the U.S. Embassy in Kenya. We should not be able to cut and paste key items of these reports; we should be learning what works and making adjustments. But we don’t.

We’re slow to even find out what went wrong. And when we do, and we realize this could’ve been prevented if we had acted on past recommendations, we’re even slower to hold people accountable.

There are some questions I have for the Benghazi Select Committee:

1. Why was Stevens sent to this dangerous part of the world on the anniversary of 9/11 without adequate security? Why didn’t then-Secretary of State Hillary Clinton personally oversee the security guidelines or even review the risk assessment for this “diplomatic mission” facility?

2. For that matter, why has Secretary of State John Kerry still not appointed an undersecretary of diplomatic security, as has been recommended in previous Accountability Review Board reports? Will he be called to testify? Will Hillary Clinton or Leon Panetta?

3. Finally, what were we doing in Benghazi in the first place?

The most disturbing lessons about Benghazi are that the U.S. government has learned nothing, and the most important recommendations of the Benghazi panel, as well as previous Accountability Review Board reports, still have not been implemented.

Sean’s mother Pat and I do not want to see other Americans lose their lives like this.

We removed a fourth-tier dictator in Libya and armed Islamic rebels who turned around and killed American citizens. Once again, in the name of fighting ISIS, we are repeating similar mistakes, and our battle plans are being dictated by Islamic heads of state. Repetition of error is the true definition of insanity.