Houston to Pastors: OK, We Don’t Need Your Sermons, but You Still Have to Hand Over Your Speeches 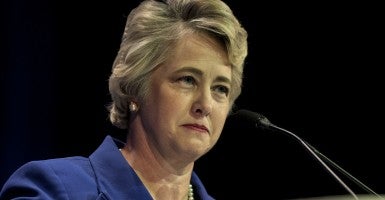 You’d be hard pressed to find a lawyer willing to defend the overly broad subpoenas that were issued by the City of Houston to a group of pastors in connection with a lawsuit that I discussed here. To recap this sorry tale: a number of pastors helped organize a petition drive calling for a referendum to remove a new Houston law from the books that the pastors believe would allow men into women’s bathrooms, and vice versa.

The City refused to accept many of the signatures, and petition supporters filed a lawsuit seeking to have the issue placed on the ballot. But rather than investigate the validity of the signatures, the City of Houston responded by asking the pastors, who were not a part of the lawsuit, to turn over, among other things: “[a]ll speeches, presentations, or sermons related to [the bathroom ordinance], the Petition, Mayor Annise Parker, homosexuality, or gender identity.”

As numerous commentators noted, this seemed overbroad, and perhaps even violative of the First Amendment. What possible relevance does any of the requested information have to the subject matter of the lawsuit; namely, did the petition supporters get the 17,269 signatures needed to have the issue placed on a ballot?

In the face of public outcry, and in spite of Mayor Parker’s strange tweets attempting to defend the indefensible, the city attorney appeared to back down. However, in an amended subpoena request filed today, the city is now asking for “[a]ll speeches or presentations related to [the Houston Equal Rights Ordinance] or the Petition prepared by, delivered by, revised by, or approved by [the pastors] or in [the pastors’] possession.”

While it is true that the amended subpoena is arguably narrower in scope, having removed references to “homosexuality” and “gender identity,” and has removed the request for copies of “sermons,” which is what set off the firestorm in the first place, the amended subpoenas are still demanding that the pastors produce “speeches” and “presentations” (wouldn’t sermons fall within those categories?) related to the ordinance. In other words, the subpoenas are still overly broad, because they are not limited to information relevant to the lawsuit.

What does a pastor’s “presentation” about the Houston Equal Rights Ordinance tell us about the validity of someone’s signature on the repeal petition? Absolutely nothing. In other words, the subpoena still seeks information that serves no legitimate purpose other than to intimidate or harass Houston pastors and political opponents. The city attorney should go back to the drawing board yet again.