Study: Red States Give More to Charity Than Blue States 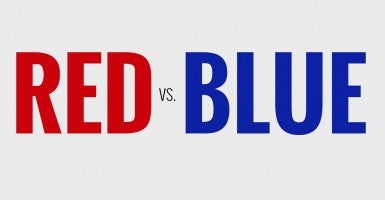 Red states give more money to charity than blue states, according to a new report by the Chronicle of Philanthropy.

The study measured gifts to charity by taxpayers who itemized deductions on their tax forms.

According to the Chronicle, “Americans give, on average, about 3 percent of their income to charity, a figure that has not budged significantly for decades.” Americans gave $77.5 billion to charity in 2012 (adjusted for inflation).

The next four most generous states are Mississippi, Alabama, Tennessee and Georgia.

The Washington Post notes that several of the most generous states–Mississippi, Utah and Alabama–correlate with a Gallup poll about the states with the most “religious devotion.”

The least generous state is New Hampshire, where residents gave an average of 1.74 percent of their income.

The most generous ZIP code in the United States is 96015, in Canby, Calif., where those who filed itemized tax returns gave an average of 18 percent of their incomes.