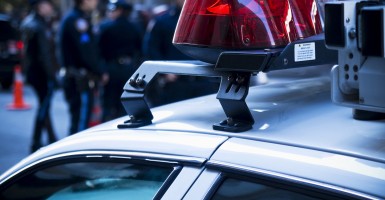 “[Civil Asset Forfeiture] should be abolished.”

That’s the considered opinion of the two men — John Yoder and Brad Cates — who, in the 1980s, oversaw the development of federal civil asset forfeiture as a tool to combat organized crime and the drug trade.

Forfeiture does not apply to organized crime or drug crimes alone; some 200 other crimes now render individuals’ property subject to seizure.

At the time, forfeiture seemed eminently reasonable. Drug kingpins were making millions from criminal enterprises that banked on addiction and suffering. Whether because they lacked enough evidence to convict kingpins or for tactical reasons, law enforcement officers settled for hitting them in the wallet by seizing money and property traceable to illegal activity.

And most troubling of all, in most states and under federal rules, a citizen’s cash, car and other property can be taken without law enforcement having to charge or convict the owner of a crime. In fact, to get property returned, owners usually have to prove their innocence.

That’s what happened to grocery store owner Terry Dehko when the IRS showed up at his store, accused him of the crime of “structuring” and seized his entire bank account. IRS agents were more willing to put Dehko into bankruptcy than to consider the possibility that his reason for making frequent sub-$10,000 cash deposits was perfectly innocent and reasonable: His insurance covered only up to $10,000 in cash losses from robbery.

One need not be an expert to see the perverse incentives built into a system that pins officers’ continued employment or advancement on their ability to seize cash and property.

And then there’s the Caswell family, who had owned Motel Caswell since 1955. Federal officials tried to seize the motel from the Caswells because some small percentage of occupants had, over the years, been arrested for criminal activity while staying there. A successful seizure would have represented a huge financial windfall for law enforcement. In May, Caswell sold the property for $2.1 million after beating the seizure, but if law enforcement officials had their way, that money would have gone to them rather than the Caswells’ retirement.

These stories are the tip of the iceberg, and both the Dehkos and the Caswells were fortunate to have pro bono legal representation from the Institute for Justice. Many others are not as fortunate and have to make do with cutting deals that allow police to keep part of what is seized, or lose it altogether, simply because getting a lawyer is often more costly than the value of what was taken.

Law enforcement agencies have become increasingly beholden to the financing civil forfeiture provides, allowing them to purchase equipment and finance special task forces outside the scope of the regular political process. One need not be an expert to see the perverse incentives built into a system that pins officers’ continued employment or advancement on their ability to seize cash and property.

Reform is clearly imperative. Sensible reform should preserve the ability of law enforcement to go after true criminal masterminds and drug kingpins but still protect innocent citizens from abusive practices. For example, breaking the profit motive by preventing law enforcement from keeping what it seizes would go a long way toward stopping the rampant use of civil forfeiture against ordinary citizens.

Another possible reform is to increase protection for property owners by raising the burden of proof and placing that burden solely on the government.

Congress also could require law enforcement to charge property owners with a crime — and convict them — before proceeding with a forfeiture action. If prosecutors fail to do so within a reasonable period of time, law enforcement should be required to return the seized property.

In recent weeks, both Rep. Tim Walberg, R-Mich., and Sen. Rand Paul, R-Ky., have introduced legislation in Congress to reform federal forfeiture laws along the lines outlined above. In support of his bill, Walberg recently took to the floor to criticize the lack of due process protections in federal forfeiture laws. A number of states have recently taken up the mantle and passed reforms as well.

Just last week, Rep. Scott Garrett, R-N.J., and Rep. Tony Cardenas, D-Calif.,introduced H.R. 5502, the House version of Paul’s legislation. In other words, bipartisan reform looks like a real possibility in this Congress or the next.

But as lawmakers debate the “how” of civil forfeiture reform, one thing is absolutely clear: The path forward cannot be the status quo.