Google Chairman: Climate Change Skeptics Are ‘Making the World a Much Worse Place’ 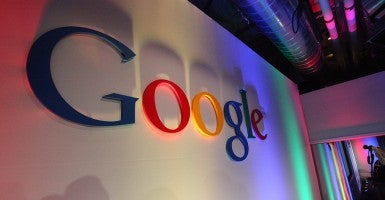 More than 150 state lawmakers are firing back at Google after the technology company left the American Legislative Exchange Council and its chairman, billionaire Eric Schmidt, said those who oppose vigorous policy action to fight global warming are “just literally lying” about the climate.

“Everyone understands climate change is occurring and the people who oppose it are really hurting our children and our grandchildren and making the world a much worse place,” Schmidt said on NPR’s “The Diane Rehm Show.” “And so we should not be aligned with such people—they’re just, they’re just literally lying.”

Google’s withdrawal from ALEC was not surprising—the firm had been under pressure from liberal groups to disassociate itself from the organization for years. But the remarks were somewhat surprising even to ALEC’s leadership.

“I think that ALEC and Google’s approach to climate change is probably fairly similar,” said Lisa Nelson, chief executive of ALEC. “We also are seeking free-market solutions to anything that is going to be better for the environment and the country.”

She added, “It’s just unfortunate that Google has allowed itself to be influenced and coerced into leaving ALEC by some of the organizations that are putting pressure on American companies because of maybe our politics.”

“Many of us have worked side-by-side with Google at ALEC and in our states to ensure the continued growth and innovation of the technology-sector and the American economy. It is a shame that you would harm this working relationship by falsely attacking ALEC, an organization of which we are proud,” said the lawmakers.